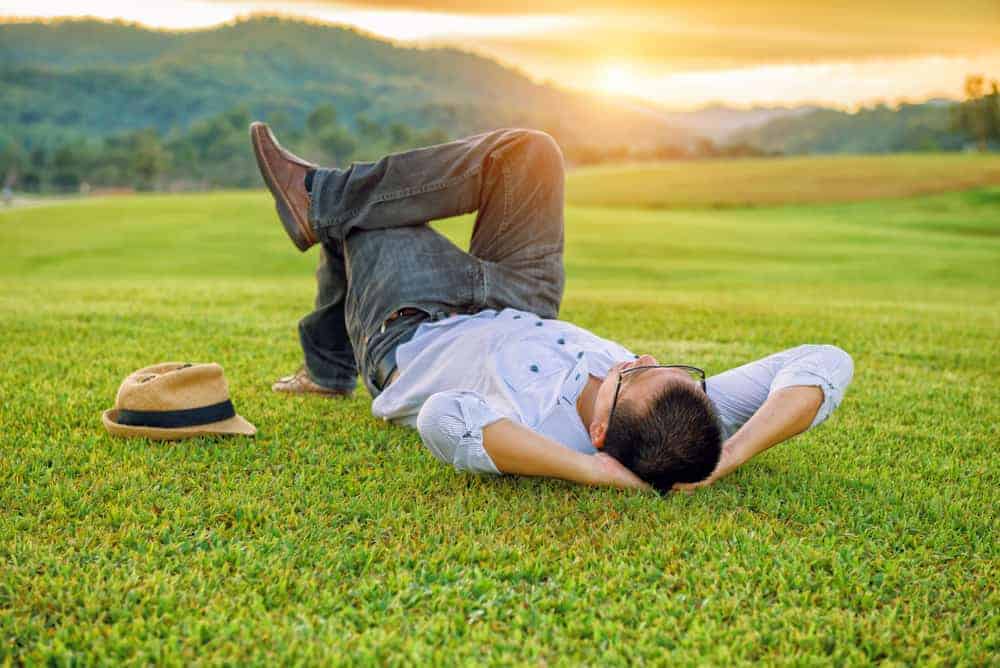 Life can be easy and happy with just a few simple life hacks. It’s the matter of choice, nothing more. It has nothing to do with luck or messed up origins.

In other words, a man only has to want it. Once the man becomes decisive enough, he has to invest certain efforts to make it happen.

Focus on the following 6, incorporate all of them into your life and you’ll feel an improvement in a matter of a month.

What kind of an improvement?

The overall quality of the life since these life hacks cover The Six Primers of every man’s life:

It will be short and simple, no worries, because nothing is too complicated when you organize things right.

Things get messy and complicated when you lose your grip and act disoriented.

But when you organize everything in a meaningful way, you start to truly enjoy this unique opportunity to exist on this beautiful blue-green planet, and of course to have sex.

Because, let’s face it, for us men, hardly anything else matters more than frequent, quality sex with the woman who enjoys it the same way we do.

And one of the primary reasons for a lousy sex life is unhappiness caused by the poor quality of life. We are here to correct errors and make things better. That’s what these life hacks are all about.

Save this content. It will come handy from time to time. Let’s go.

You have, on average, only 75 turns of the Earth around the Sun and own axis before you take your very last breath. Something to think about.

Don’t know if you’ve noticed, but we do have extremely limited time on this planet. It makes us compulsive. The realization of the inevitable death forces us to live in a constant hurry to get everything done in the shortest period of time.

It does make sense and it is completely logical to look at it that way.

But how exactly do you organize your time?

Do you even have a consciousness about the time that has been slipping away for a while now already? How much of it got lost forever in vain?

Time is the only thing you cannot get back or earn more. But you can make an illusion that you’re enabling yourself more time to focus on things of your imminent interest

The way to do it is quite simple:

And here’s the important part (just in case you fail to plan your day): 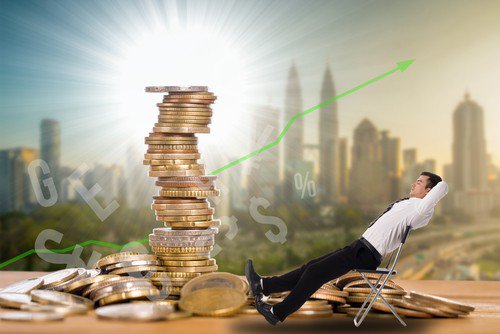 Setting a few passive incomes will make all the difference.

80% of people would spend it all in a matter of a week just by covering their debts. A few months later, they would end up in debt again. And it will happen because they never made an effort to learn how to manage their money and play the money game.

In other words, they don’t know how to control the cash flow.

Even if they know how to make money, they are living in a constant fear of losing everything, which forces them to cave in when an opportunity slams before their eyes. Simply put, instead of the opportunity, they see the risk.

It’s not that simple and it takes an immense willpower to create a habit of proper money management. But just as a simple drill, try this: 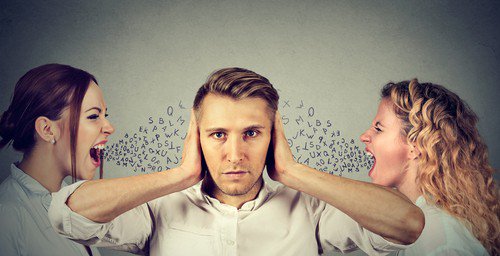 “She” will bitch and nag. “He” will claim how something is risky or impossible. Then, he’ll find some ridiculous excuse to justify his cowardliness. Stay away from them!

Do you know what kills your mood and drains your energy away mostly?

The negative atmosphere created by the negative people. You’re soaked in it for the most of your day. It’s all around you like an invisible field of dark matter.

Make no mistakes; your body reacts when you are exposed to the effect of all that negativity. It’s because the brain keeps you in a constant state of readiness. You live your life in the fight-or-flight mode for the most of the time.

That translates into an excessive secretion of cortisol. And we all know how dangerous that sucker really is. Give it some time and it will start destroying the soft tissue of your organs.

For instance, each time you are forced to listen to some nagging, bitching, blaming and similar crap people have a tendency for, you become agitated, anxious and nervous; all the signs of cortisol, slowly dripping into your body. And that shit shouldn’t be happening because cortisol should only be released in times of imminent physical danger!

Now try to imagine a different type of environment just for a second. 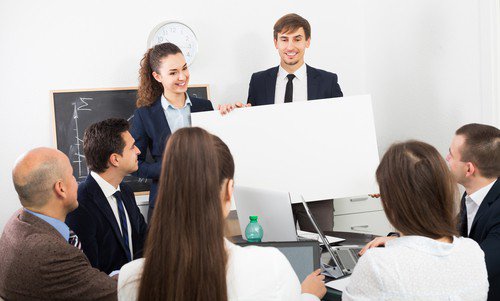 If you spend your day near the dumpster, you’ll smell. Step away and stand near the flowers instead.

Hold for a second now and think about the people that surround you. Who falls in which group? Recall the feeling you experienced last time you debated something with the predominantly negative person or had to listen to him or her. Do the same with someone you consider to be positive.

Do you understand now?

If you’re exposed to negativism, you’ll be negative.

How can you live your life like that? Why would you want to spend this precious time you have surrounded by the people who do nothing else but bitch and blame?

No worries, we ain’t gonna trash the bacon and eggs and those juicy steaks. You should cut on sugary beverages though. Not necessarily but if you can’t get your shoelaces tied without pain and discomfort, it’s more effective to dump carbonated and soft sugary beverages than bacon, right?

Another thing that will do wonders for your overall stamina is the practice of having long walks at least once per day. 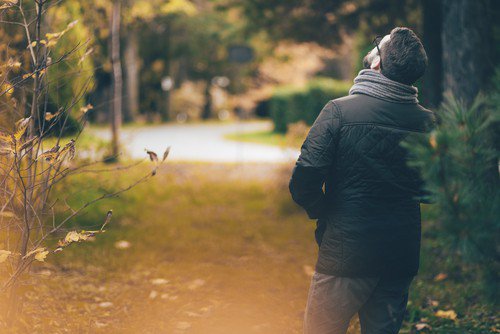 Expose yourself to greenery and nature whenever you catch some time.

It will give you time to clear your head and maybe think of something truly interesting and/or lucrative. If you can do those walks in a park or in the woods that would swell because it is proven that green colors and sounds of nature have a beneficial effect on human health.

It’s not just re-oxygenation. It’s about having a mental clarity above all. The brain gets stimulated with all sorts of natural sources and that has a profound influence on your decision-making process and memory.

In addition, it might be wise to take a fast-paced walk (not running) early in the morning, before you go to work.

Get up, refresh yourself with few splashes of cold water, have your coffee and toilet ritual, dress up and hit the road. Spend 20-30 minutes outside to kick-start your body.

Once you return, reward yourself with that tasty bacon and couple of eggs. Don’t over exaggerate with the bread and you’ll be just fine.

Do you get that feeling that you could achieve so much more if they could somehow realize your true potential?

Well, why don’t you give them a hint?

It’s time for you to change your perspective. Your company’s management or the Board will ONLY recognize your leadership potential if you clearly demonstrate it.

The fact that you’re doing a great job doesn’t automatically mean that you’ll get promoted. In fact, there are plenty of examples where the particular skill, nobody else has, raises the question: who’ll take his place?

You’re great in what you do, but do you truly have the needed set of skills to lead, that’s a whole different story.

Luckily, you can learn it.

And of course, you can start showing off your new skills wherever and whenever you catch the chance.

Will your colleagues look at you with benevolent eyes? Most likely not. They will start to resent your behavior and envy your progress. You’ll be “that cocky bastard.”

But let me ask you something: do those people pay your bills? Do they feed your family? Is their acceptance more important than a prosperous life?

That’s right. Change your matrix. Fuck the acceptance if you can’t pay your bills or eat in a decent restaurant without looking at the price tags all the freakin’ time.

Get serious about the progress and start perceiving the bigger picture of your professional environment because that’s what CEO’s are doing.

You’re good at what you do but do you know how to teach others to do that same work with similar efficacy? Can you organize your team to work cohesively in the best interest of the company?

Think about that. Observe your CEO and learn management in your free time. See what can be improved and act upon it. Put yourself on a map.

Are you risking the rage of your Head of Department or the foreman?

Sure, but only those who dare wins. The rest are sentenced to a life of workers in a hive.

What are the two things that matter the most? The Alpha & Omega of every man’s life? 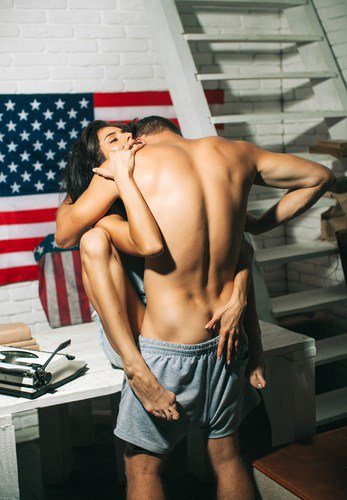 Money has always been the most powerful aphrodisiac!

When we are talking about improvements and things that matter most, we are predominantly talking about these two. Think about how great it would be to have a few sources of incomes on auto-pilot. Maybe not fully automated but they wouldn’t consume more than few hours per week. Sounds wonderful, doesn’t it?

And when you think about it in more depth, you can actually sense the smell of sex, don’t you? Because, what better to do with all that free time than to have regular, intensive sex.

Setting your incomes on autopilot is not that hard as you might be thinking right now. Millions of people are practicing this same lifestyle because the system enables it. Furthermore, you have that infamous 2 % that own 86% of everything this planet has to offer. That’s over 150,000,000 people who are living their lives a bit different than you.

You see, each and every one of them spends less time working and more time having fun (sex included). In most cases, while you’re busting your balls to make a decent living, many of them are shooting golf balls from the decks of their yachts. And when they get tired of it, they have sex with one or more women right there on the deck, in the middle of the ocean.

Now the logical question emerges: if they can do it, why can’t you? What’s stopping you? And don’t give me those dull excuses about luck, origins and the fucked up system. You have approximately 300,000,000 people right now who can prove you wrong.

That’s the thing. It’s not the secret at all. It’s just a lifestyle that is perfectly synced with the system, that’s all. Those are the folks who made an effort and dug a bit deeper to find the answers. It became obvious that all of the sudden, anybody willing to learn and apply that knowledge can become a millionaire!

Keep in mind that the people who set it up in the first place had only one intention on their minds: to create wealth. You just need to copy them, that’s all.