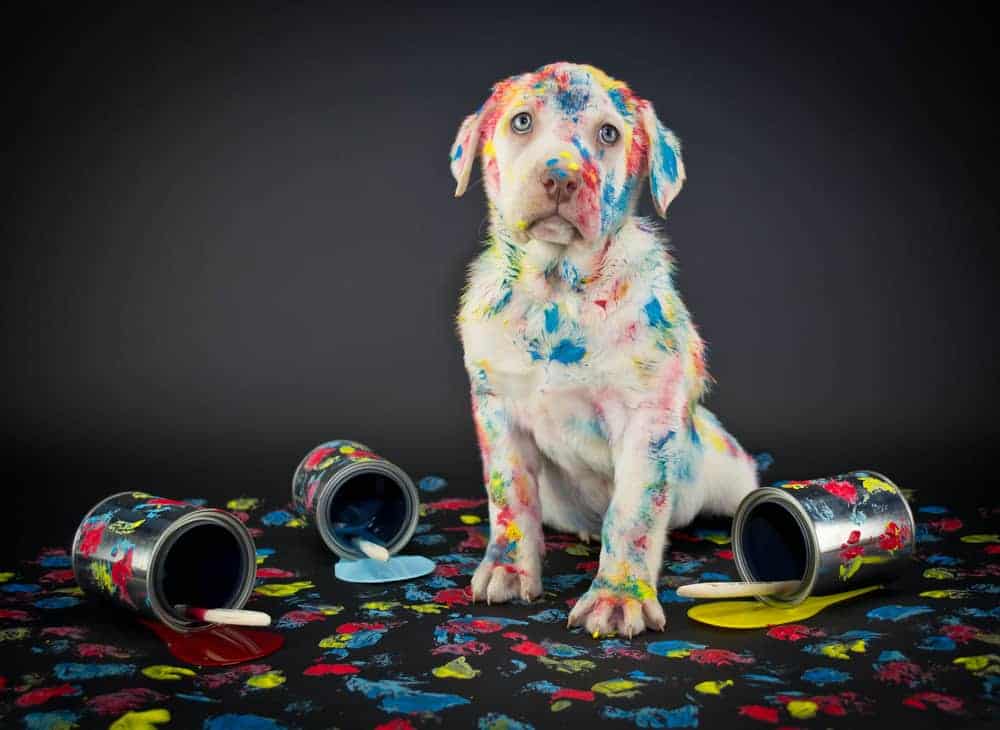 Think twice before you run to the pets store or a shelter just because you cannot resist that smile accompanied with the begging Cocker Spaniel-type of the look.

Yes, people have them all but at what cost? Is it that easy as they tend to present it in movies or discussions? Or is having pets more similar to having goblins and trolls close to your bed?

Well…let’ see how hard do you want: 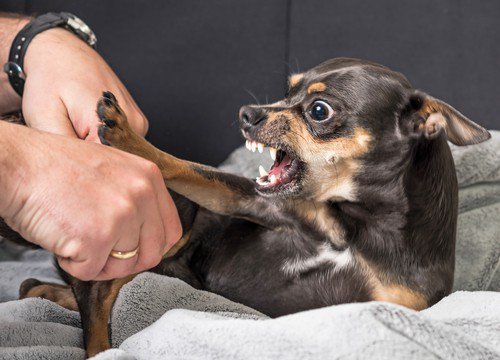 I’m gonna bite you in the ballz if you don’t leave me alone hooman!

Yeah, it’s an appealing thought of having a cute little puppy that’s pissing and shitting on the go.

Nothing beats those moments when you spot the puppy preparing for the “action” so you jump and run toward the damn mutt to prevent what could only be described as a deliberate fertilization of your carpet.

And let’s not forget about all that lovely hair that the puppy will soon start to shed like on a conveyor bay.

However, that’s nothing compared to the excitement the dog owner experiences when he finds the bite marks all over the freakin’ furniture. So what, the dog was bored. It’s your fault. Why didn’t you bring the damn mutt to work if you are so into the pets? 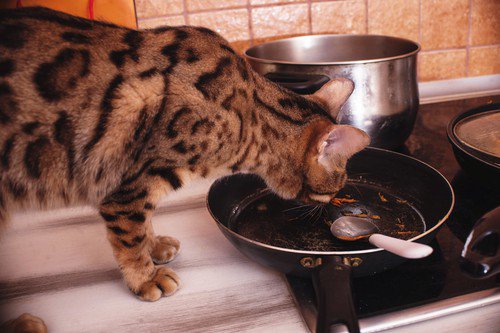 Well, you better be ready because, as easy as it is to hide something from the dog, that’s close to impossible to achieve with the world’s greatest killer.

A cat climbs and jumps like no other animal and have a really nasty tendency to lick the ballz or ass on the kitchen counter.

But that doesn’t matter, right? Why wouldn’t the damn cat jump on your head and then right on the cake your wife just made?

Even if you resent that, you’ll appreciate the cat’s effort to return the favor by collecting dead rats in front of your door as the sign of appreciation. 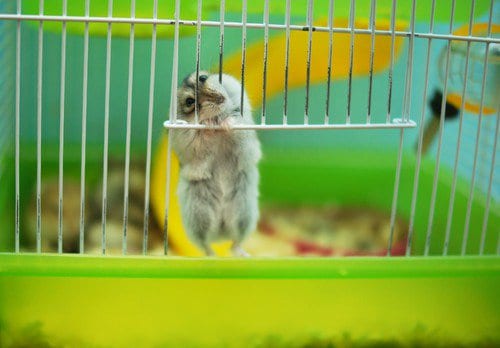 Yeah, why not wasting time and efforts on something that will drop dead sooner than a lightbulb in your living room chandelier.

Ah, yes, it’s good for the youngsters to learn how to cope with the death of someone they love.

I don’t think I’ve heard a better bullshit. It’s definitely among the Top 10.

Really, what’s the purpose of some rodent that does nothing else but sleeping during the day and wreaking havoc all over his cage throughout the night?

It’s quite relaxing when you are fighting the migraine all day long and then the damn rodent starts jumping up and down its cage.

#4 – Vietnam pig or pigs in general for that matter 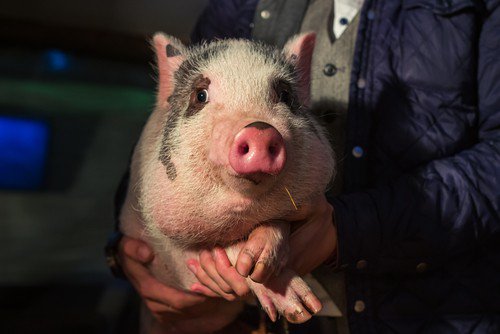 I’m soo gonna crap and drool all over that nice, new carpet. This clueless hooman won’t know what hit him…

Clooney rocks! But those are nasty looking creatures and you have to wonder what happens when you fail to let the pig out on time?

It’s simple to clean after a 10-pound dog or a cat but when 160-pound beast take the dump in the middle of your living room, only two minutes before the arrival of your guests, you have to start questioning your decision to have a ham for a pet, right?

How does Clooney cope with it?

With the army of housemaids and pig keepers. The man can afford to be eccentric, right? 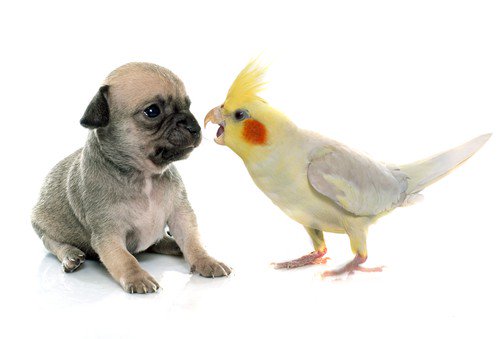 Listen, dumbass. You’re gonna take a dump right in his slippers or else!

It’s funny to see that bird talking, isn’t it? Parrots can definitely be one of the most interesting pets.

But what if you buy the same bird someone else already had? Because, how can you tell, right?

Like one family did 2 years ago. Mother and daughter went to the pets store to buy the talking parrot. Obviously, the mother needed someone else to pound from time to time.

The pets shop owner explained to these ladies that he only has one talking parrot which spent much time in a brothel.

But the little one was persistent. The poor kid didn’t even understand the meaning of the word “brothel”. So her mother didn’t have any other choice than to buy the bird.

As soon as they came home and removed the cover, the bird looked at the mother and said: “Oh, we have a new Madam. How’s the life old witch? Oh, what we have here?”, said the bird when it spotted the child. “A young and fresh piece of flesh. Nice. I’m impressed.”

In that moment, the husband enters and the damn bird turns its focus to the newcomer: “Aww, finally a familiar face. How’s it hanging Jim?” 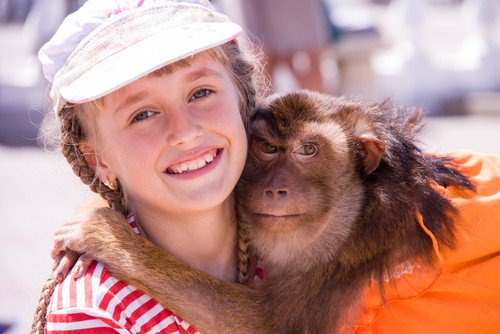 Wait ’till you know me better you poor clueless hooman bastard

You really have to put your foot down for this kind of an idea. Because there can be only one! Who needs another one with the nasty fangs and ability to jump on the chandelier, right?

Do you really want to have that kind of an ugly looking “child” wandering around your home in diapers?

Don’t forget one thing: both chimpanzees and capuchin monkeys know exactly how to take those off and take vengeance by crapping all over your laptop just to prove their points.

From funny companions to pets from hell just because you didn’t let the monkey mess with your remote.

So how about it, sport? Which one do you prefer to make your life even more miserable?

How about the digital aquarium? You can get a really neat stuff for a couple of hundreds. It appears real and you only need to unplug it if the fishes are disturbing your hautboy practice. You can’t do that with dogs or monkeys.

Because no matter how much do you like animals,  you just gotta ask yourself: do you really want something fury and with the sharp teeth anywhere near your ballz while you’re having sex?