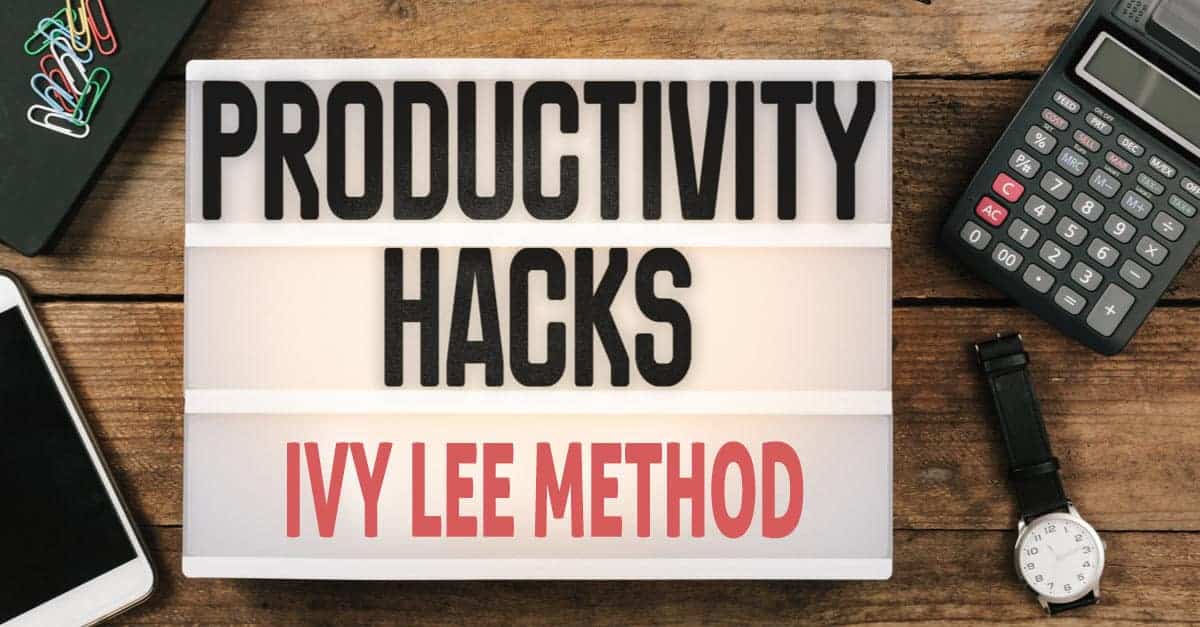 Ivy Lee Method is considered as the most effective productivity hacks of the modern times and it is been used by the majority of the top-level executives worldwide.

If you haven’t heard about the Ivy Lee Method of prioritizing to peak your potentials, you’re about to enrich your knowledge and expertise with arguably the simplest and but most efficient productivity boost method.

While it originates from the beginning of the 20th century, when Charles M. Schwab invited Ivy Lee to coach his executives to perform better, Ivy Lee Method is still the most powerful method to become more productive.

Who is Ivy Lee, What is Ivy Lee Method, and what’s so special about it?

Ivy Lee is known as the pioneer of PR and a great coach of business executives back in 20th century. He was also a successful businessman.

Mr. Lee developed a simple productivity method to become more efficient as an executive or a business owner. It all boils down to prioritizing 6 tasks do to following day. 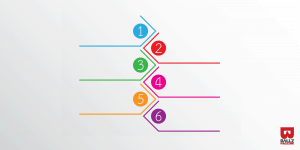 That means that, at the end of the working day, you assemble the list of 6 tasks to do tomorrow. No more, no less.

Then, you prioritize those tasks starting with the most important one.

Next day, you focus only on the task #1 and nothing else until it’s completed. You move to the next and so on.

In case you fail to complete one or more tasks, you move them on the list for the next day, add additional ones until you reach exactly 6 tasks and do the same every day without exceptions.

Ivy Lee Method cannot be simpler than it is and that’s exactly the reason why some modern-day executives are avoiding it.

We tend to discard a simple solution in favor of the more complexed one which is a wrong thing to do.

If you have to turn left then turn left, don’t make a circle around the block to make that turn. Because the simplest solution is always the most effective one. And Mr. Lee figured that out.

It’s about precision and limitations.

Nobody says that you cannot do 20 tasks per day but we can all agree that those tasks could be performed better if more time and focus would be given to them.

Therefore, limiting yourself to a magic number (in this case, 6) and not deviating from it, will create a good habit because the focus is a determining factor in success. In other words, if you wander between 2 or 3 tasks simultaneously, you’ll perform each poor.

This occurs frequently when people fail to visualize their plans. And to visualize it, one has to write them down.

Since it’s only 6; it is that much easier to execute them all with the highest scores because we all know that one thing can be done poorly, well or perfect. The focus is what makes all the difference.

Not necessarily. In fact, one should avoid multitasking whenever it is possible. Even if some unexpected event emerges, you should deal with it and get back to your task. Your given task is a priority and if needed, disregard sudden event or try to postpone it.

For some strange reason, contemporary executives tend — and pretty much love — to overwhelm themselves with challenges.

Not that it is something particularly bad but it will cause reduced performance and influence the quality. Not to mention the psychological and physical fatigue which have the potential to break the person when enough stress is accumulated.

Multitasking is inevitable. How to balance the Ivy Lee Method?

This is what makes the Ivy Lee Method enhanced.

You will use the mental imagery method to create a mental hack (roadmap) in order to predict the “unexpected.”

Understand this: the only thing that is really unexpected and can potentially influence your plans is the earthquake, volcanic eruption, fire or tsunami.

Everything else is predictable if you pay attention, stay focused, and foresee the day, which is more than possible.

Deep down you know how your next day will look like. And even if something or someone tries to distract you; you can easily avoid it by ignoring it.

You have everything planned and all those simple and small side events cannot bring any negative impact on your master list.

Again, it’s all about staying focused. The mental roadmap is done in the same fashion. You know what will happen the next day because it is nothing more than the sum of your previous actions and reactions. You just need to take time and think about it.

The bottom line is simple: the Ivy Lee Method is proven to work. Just try it out and see it for yourself.