Home » Blog » State of Randomness: The Art & Power of Not Giving a Shit 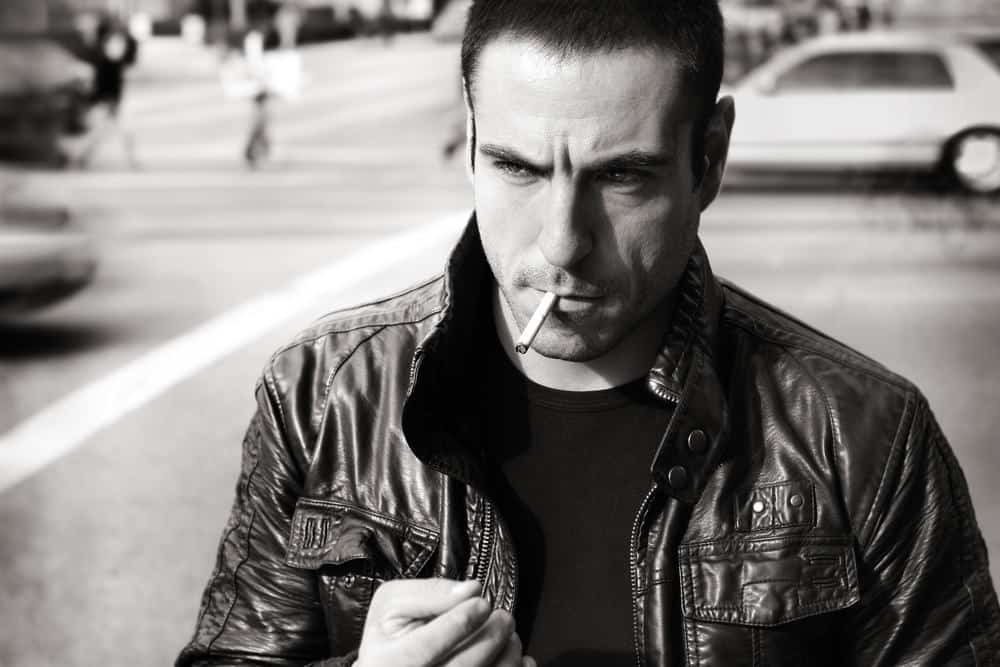 If there is one thing that’s been quickening the appointment between you and Mr. Grim Reaper, from the moment you took your first steps as the adult man, that’s  stress. The fucked up fact about that stress is that you are causing it. You are the one who is running to meet the death BEFORE it’s due to happen – for no good reason.

The common belief about the causes of stress

Same as everybody else, you like to believe that stress is caused by the outside influence.

And, driven by that common delusion, you are desperately trying to aim your actions and responses in only one goal – minimizing the stress.

Yet, whatever you do, it only makes things worse. It’s happening because your actions are based on an entirely wrong assumption.

Stress is not caused by the system. It’s not caused by your wife either. Nor by your freakin’ boss. Not even by your kids or parents. It’s you who’s been causing it all this time, wheater you are aware of it or not!

Be it as it may, it doesn’t change the fact that your current state of mind is keeping you locked in that vicious circle even though you are well aware of the potential consequences.

Good news – there is a simple way out…

The time has come to learn the most important skill in a life of every adult man.

It’s the famous, I-don’t-give-a-fuck skill or the Art of Not Giving a Shit about irrelevant, mostly annoying and extremely time-consuming things.

Make no mistake; it can be mastered and it has the power to turn your life 180°.

And we even coined the term for that particular state of mind. We call it…

The State of Randomness

Puzzler, huh? Well, not entirely. Once you learn the basics, everything will start making sense and you will become ready for the next stage of your life. The State of Randomness is that one missing part of the engine. The engine that has the power to flip your life upside-down and put it on a certain growth trajectory path.

You see, there’s one thing they taught you wrong. Consequently, you are popping pills just to go through the day. Even if you are not on some prescription pills, there isn’t a day that goes by that you don’t crave for some strong alcohol to relax a bit.

As you will soon learn, it doesn’t have to be like that. The truth of how one should live his life is completely opposite from what they have taught you, or even better – what they missed to teach you. Forgive them, for they didn’t know any better.

But first, let’s start with understanding the underlying causes of infamous stress.

What causes the stress in our contemporary way of life?

Contrary to general belief, it has nothing to do with “our contemporary way of life.” In most of the cases, we are using that line as an excuse or justification! That’s the truth and you know it.

We can’t really be that arrogant to claim how our ancient hunter-gatherer ancestors weren’t under a lot of stress. You try to hunt down the mammoth with only spears and arrows. It ain’t easy, that’s for sure. And, just like it’s in your case, our leader of the mammoth hunt expedition had a nagging wife and a couple of children, all anxious to get their hands on the meat. If you didn’t kill the Mammoth your family could starve and die.  That’s probably more stressful than you will ever experience.

Just imagine the life without a toilet seat and soft 4-layer paper to wipe that ass after reading some good book or surfin’ the web on your tablet. Life was hard and primitive just a few generations before you came into this world.

But, it seems that these new “perks” or to put it even better, the desire to own them all, right freaking’ now, is taking the toll.

For the most part of the day, your mental state can only be described as – seriously fucked. Your boss is always on your case; the wife seems to be using much of her time coming up with new ways to screw with your mind, one way or another; the kids are annoying when they are bored, and your parents are still around, probably busting your ballz whenever the hell they are given the chance.

The primary cause of your stress is you and you alone.

Not that you’re particularly guilty in any way, but it’s the crying shame that you still haven’t figured out the roots of the problem and the way to solve it.

Worry not, we are here to lead you on the right path.

TATTOO THE FOLLOWING on your forehead so you’d see it every morning while brushing your teeth: 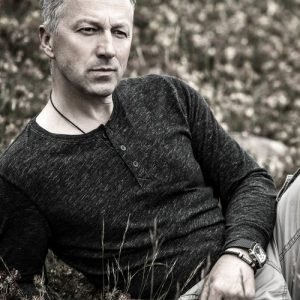 You, same as the rest of us, were literally “indoctrinated” to start living in the constant state of stress at one precise point of your life. That trap has been triggered the moment you became, what is known as,

You’ve been raised to believe how you can influence every little fucking thing and how you are responsible for every little goddamn problem that happens to you on the, preferably, long journey we like to call life.

The entire dogma is partially based — quite unintentionally though — on the principal constant in physics – the causal relationship of the things. The action causes a reaction. Subsequently, your every decision has the consequence.

And it’s the truth. Whatever you do, creates some kind of a consequence.

As a result, you’re making every effort to live by the imaginary rules, imposed by different societal moral dogmas. In other words, you are wasting time and energy, trying to live your life deliberately. You are desperately trying to control your life by controlling the events.

We are sorry to be the one who will break this to you, but you simply cannot control the system, which is inherently random and uncontrollable!

And you don’t have to look any further from the good old marriage.

One single, small and tiny entity, such as yours — and everybody else’s wife for that matter — has the power to kick you off the track.

You have one thing on your mind. She has something entirely different.

In most of the cases, the one with the cunt is the winner. It doesn’t even take any hard effort on her behalf. For the most part, silent submission to wife’s wishes and her absolute ruling will do it.

Now, our question is simple: if you can’t even control your wife, how on Earth do you expect to control your life and gazillion things that occur daily?

Remember, our claim is simple and derived from the Ballz’ Theory of Relativity: stress in men is caused entirely by the wrong and dangerous understanding of life.

The paradigm of the Responsible Adult, who’s trying to keep everything under control and/or sight, is the primary cause of high blood pressure (hypertension), diabetes, many types of cancers, depression, completely unnecessary sense of anxiety, panic attacks, and all sorts of other crap that’s been happening to us men lately. We are dropping dead like flies on subzero temperatures before even reaching the supposed retirement age.

That fact alone is telling us that we are not doing something right and that is necessary to make some radical changes. Like Einstein said, repeating the same thing over and over again and expecting different results is the definition of insanity.

Linear timeframe and awareness of our own mortality are forcing us to live as fast as possible, with maximum control over our actions and responses. Like that’s not enough, we are put under the heavy pressure of unrealistic expectations that nobody can possibly meet. All of that is placed in a system that is inherently uncontrollable – planet Earth.

The Earth, by its nature, is one giant, random, uncontrollable system. Therefore, while it’s important to control some aspects of your life (behavior, for example), the rest is realistically on the mercy of the planet itself and 7,4 billion of other human beings. Think Chaos theory and Butterfly effect and you’ll know what we mean.

In other words, you, my friend, can crawl in a goddamn cocoon, and still be exposed to random, uncontrolled influences coming from the outside world. At the end, only one thing is certain – you’ll drop dead, sooner or later, becoming just a faded memory in the minds of your children.

So what’s the point of all that rush and frenzy? Why are you persistently and continuously bothering yourself with relative things?

What you need is the State of Randomness.

The State of Randomness exists when a man:

In short, we are advocating the following:

It can only be achieved if the one accepts the “dead man walking principle” and the state of randomness.

There’s one thing that separates the heroes from the rest of the crowd. One specific way of thinking is enabling the lone warrior to challenge the death at every step of his way, while others are hiding in their trenches. It’s the same thing that will prevent PTSD, no matter how harsh conditions on the field are and regardless of the time he spent in that same field. While others are crying for their mommas, our lone warrior is pushing forward and crushing enemies with the smile on his face.

The warrior knows one thing – he is already dead!

Same as you, I and everybody else around you.

The moment you were conceived, the counter clock got activated. You were automatically set on a collision course with one inevitable destiny – death.

In other words, it will take the exact X number of the Earth’s turns around the Sun and own axis before you cease to exist.

That X is largely influenced by the decisions we are making on daily bases. It can be a relatively large number or ridiculously small. It totally depends on us.

That’s the fact and nobody can do anything to change it. We do live in a linear timeframe after all, don’t we? And our actions are creating certain consequences, aren’t they?

Now, the only question is: how exactly do you want to spend this freakishly limited time you have on this planet?

Be it a millionaire or a poor, drunken drifter, both will end in the same place – the cemetery. The same type and the same volume of dirt will cover their dead bodies. Both will become that same fade memory, regardless of their individual accomplishments.

The only difference between these two will be their memories in that final hour. Will their faces show satisfaction and happiness or sadness and guilt for letting themselves down?

Our points are simple: