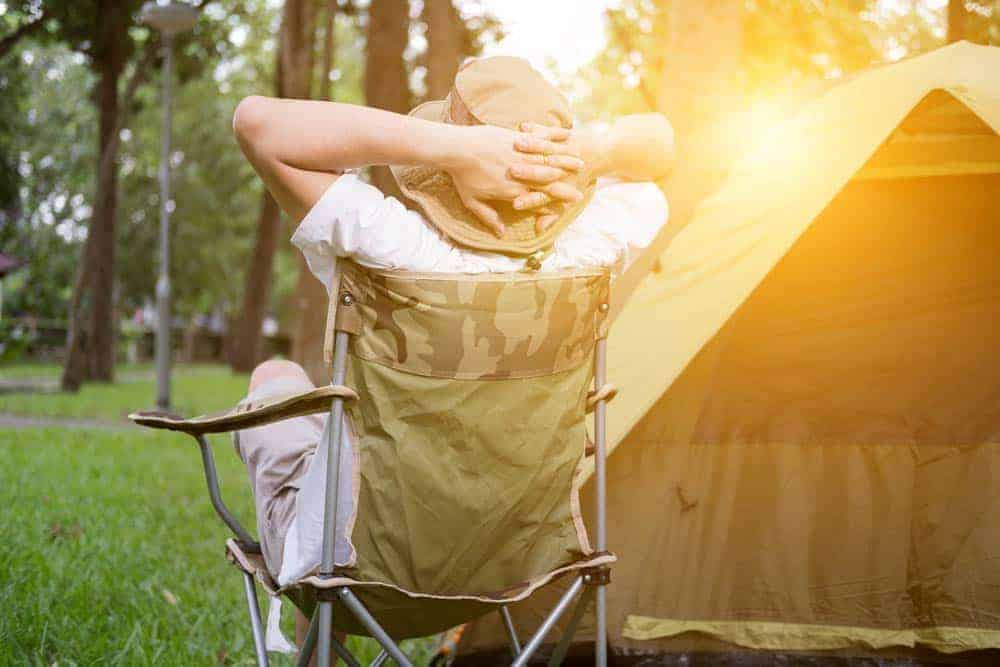 You’re watching Bear Grills and keep wondering why anyone would suffer that much under his own free will. Why freezing your ass and shedding blood when we’ve spent thousands of years building our secure and cozy environments.

Why the hell would you learn how to start the damn fire with nothing but the stick and your shoelace?

What matters is that spending time alone in a wilderness having just a basic survival kit will do wonders for your brain and thus, your mindset. From a couple of dozens of reasons, there are 5 decisive ones that call for this practice.

Once you understand all 5, you’ll know why you should start practicing this at least once or twice a year.

It is the ultimate form of meditation for men

Alone with your thoughts for a couple of days will clear your vision and allow you to prepare yourself for whatever lies ahead.

Exposing your brain to greenery is a proven relaxation method.

In addition, you know that you will not be distracted by your child, the spouse or the annoying neighbor. Because nobody knows your whereabouts.

Of course, you’re not stupid. You have your cell at you, but it is turned off for the most of the day.

The only time you’re available in case of emergency is three times per day for a maximum of 1 hour with the clear instructions to everyone – leave me the fuck alone.

You’re nurturing the animal inside of you

Every human being is essentially an animal.

In a situation of an imminent danger, your body transforms into a killing machine with a single drop of a hormone known as cortisol.

Every secondary mechanism of the system is being shut down and paused for a while.

It’s a fight-or-flight response mechanism and it kept our species alive all this time.

Spending time away in a wilderness while being completely cut off from the benefits of our modern society will help you to learn how to control this stress mechanism.

It will just happen on its own over the time.

Connecting with the origins rewrites your matrix

You have killer instincts.

Spending time hunting and surviving in a relatively hostile environment will build additional synapses between the neurons in your brain.

This is occurring because you’re exposing your brain to novelties.

The brain has to learn the way by adapting to the new circumstances. It can only do that by creating new links (synapses) between neurons.

Learning these basic survival skills adds up to your character

Your confidence will increase with every new survival skill you master.

It has to do with your primary instincts; the ones originating from the times of our hunter-gatherer ancestors.

The brain is connecting the primitive with the modern by adding new blocks of memory and in turn, you will be able to control your reactions and decision-making process with the added efficiency. In other words, you will not make many irrational or wrong decisions once you master the forgotten art of survival.

You are sharpening your killer instincts

A man is a killing machine.

His body is built for a kill.

Built for the move and the thrill of the hunt.

The ones who have fallen and then rose again with style are the ones with distinct killer instincts. Nothing can stop them in their mission to progress and ultimately reign supreme.

Arguably the best way to regain your self-confidence after hitting the rock bottom of the life due to some wrong decision is to go out in a wild frequently and connect with your roots.

Forcing those primitive instincts to emerge once you step in the woods will slowly but surely build up your self-esteem.

With every stroke of an ax or machete, you will feel the burst of chemicals inside your body. Serotonin will overwhelm you.

Absolutely nothing comes even close to the feeling of proudness like finishing your first shelter out at the open.

Nothing will give you more boost than starting the first fire in front of that newly built safe haven.

Go out at least once or twice a year.

You don’t have to use your shoelaces to start the fire.

You don’t have to hunt either.

Take everything with you first time.

Create your own way and feel it. Feel the ultimate freedom and a powerful sense of liberation.

After a while, you will only need a hunting knife.

Trust me, it will do wonders for your mind and character and transform you into the ultimate alpha.