Home » Blog » „Money is Not That Important“ to You? What Does That Say About You? 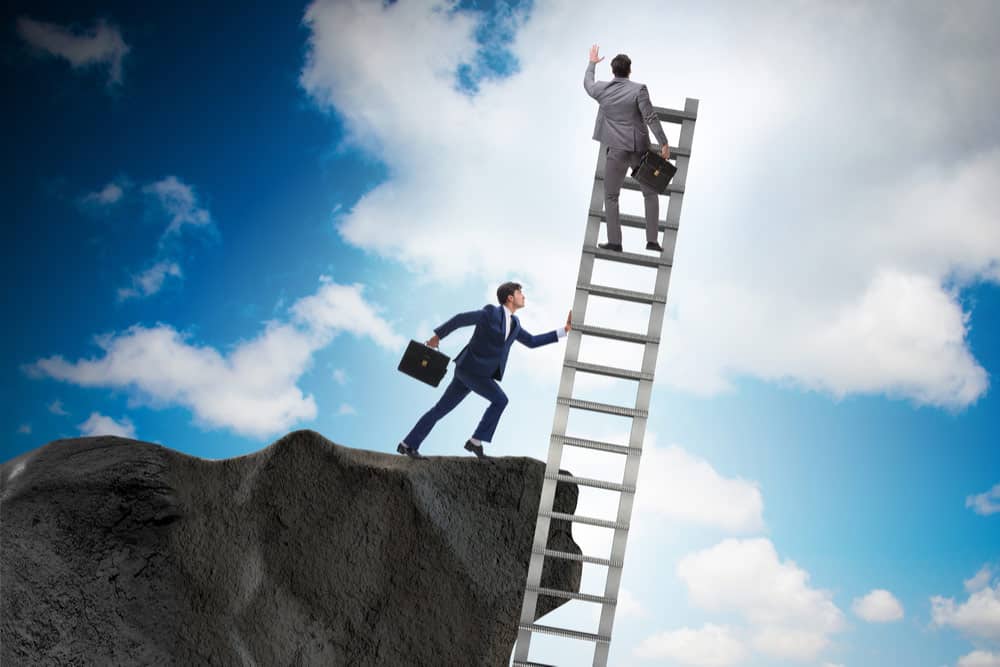 Enter the dangerous mind of a man who believes that “money is not that important.”

So you think that money is not that important in today’s world? What does that tell people around you?

For a starter, anyone with the brain can figure out the balance on your bank account balance, which most likely sucks.

If you don’t really care about the peas or if the very thought of the cooked greens in your plate is stressing you out, would you have it?

Would you have an abundance of peas or just enough to get you going?

Think that money is not that important and you won’t have it.

It would be the same to claim how you don’t have to know how to swim if you are about to jump in the middle of the ocean.

The system itself is called “monetary” so…

But this seriously distorted and deviant perception of money and capital, in general, holds additional risks for your well-being.

To understand those risks, we’re gonna paint you a mental image.

What’s really going on in the mind of a man who has a habit of claiming how “money is not that important”?

How often do you hear the following question:

“Why the fuck does he need a 4-story mansion with 124 bathrooms?”

Is this something that pops into your mind often when you are observing other people success?

OK. For real, why does he need a hotel-like housing estate?

Well, why the fuck not! It’s there, we know how to build one, so why not having it?

Why drive a car in the first place?

We can walk, at least most of us. The car is not essential for our survival, so why do we own cars?

The answer is ridiculously simple.

The mansion and the car are our biceps.

Fancier the car and greater the mansion, larger are the biceps.

It is a demonstration of power and showoff of the status.

And the #1 reason why the man who envies doesn’t own his own mansion and a bimmer is hidden in a core of his central belief system.

The one who envies the other cannot reach the heights.

Even if he does somehow, he will fall soon and won’t rise ever again. And, there is a great chance that he will pull someone with him.

What follows are 4 main reasons why you should detach from this kind of a man or change your own thinking and reasoning.

Let’s say you are about to engage in a business partnership with that kind of a man.

Every time you spot the opportunity he will do countless analyses and calculations to “check” the PROs and CONs. And by the time he finally reaches the conclusion, someone else we’ll beat you to it.

He’s doing that because he is a gutless coward without ballz to push, challenge, explore and take a necessary risk.

Eventually, that will cost you dearly.

#2 – Forget about any kind of an effective support

You decided to engage in a private entrepreneurship or you are trying to expand your current business to some new, lucrative field. And you’ll be discussing the general idea with that bitchy friend of yours later that evening over a nice, friendly dinner at your place.

But destiny sent you on a collision course with Donald Trump who is sitting at the bar, right next to you.

In a split second, you decide to buy that nice gentleman a drink and maybe lay out your plan just to see what does the real pro has to say about it.

After you’ve explained it in a few brief points, here’s what Trump answers:

“It is a potentially fertile idea. I can see it happening. Make sure you check it from every angle to avoid mistakes. And don’t forget to investigate your closest competitors. See what they are doing great and what their downsides are.”

This is a classic elevator response from someone who thinks business. Someone who rarely ever misses an opportunity. And someone who had risen and now reigns supreme, after the dramatic and sudden fall.

So there you are, driving back home, full of confidence in your future endeavor.

Dinner was great, you had some laughs and now you’re going out to the front porch with your friend. You’re not mentioning the conversation you had with Trump. Instead, you just pitch your idea to him in the fewest words.

Here is your friend’s answer:

“Duuuuudeeee…Seriously? Really? In this economy? I don’t know…haven’t you heard what happened in China the other day? It will make a direct impact on…”

Shut the fuck up!

If he would be such a great business analyst; than he wouldn’t be busting his balls at “Pete’s Tires,” would he?

Sadly, the world is full of low-confident and lazy men who are trying to compensate for their incompetence and lack of balls by pushing others into an abyss.

An envier is happy only when someone else is suffering.

Heaven forbids that he even smells the possibility that you are doing better than him. Be sure that he will trash you all over the place and you can point your finger at him if IRS comes knocking on your door.

#3 – Your wife overheard him trashing your idea.

Women are nesters. They demand security.

The challenge is a risk and as soon as she smells the risk, she’ll be all over you.

#4 – Do you really want to expose your children to this poison?

Do you really want them to grow up and face the reality of life with that distorted perception of modern society and its basic functioning?

Do you want to see them struggling and suffering just because they were raised in a community filled with envy and false prophecy?

What you want is staying as far away as possible from this kind of a man.

Because shit attracts shit and gold attracts gold. It’s the Law of Attraction and you cannot avoid it.

Maybe the best thing right now would be to learn how to escape the matrix that’s been suffocating you.