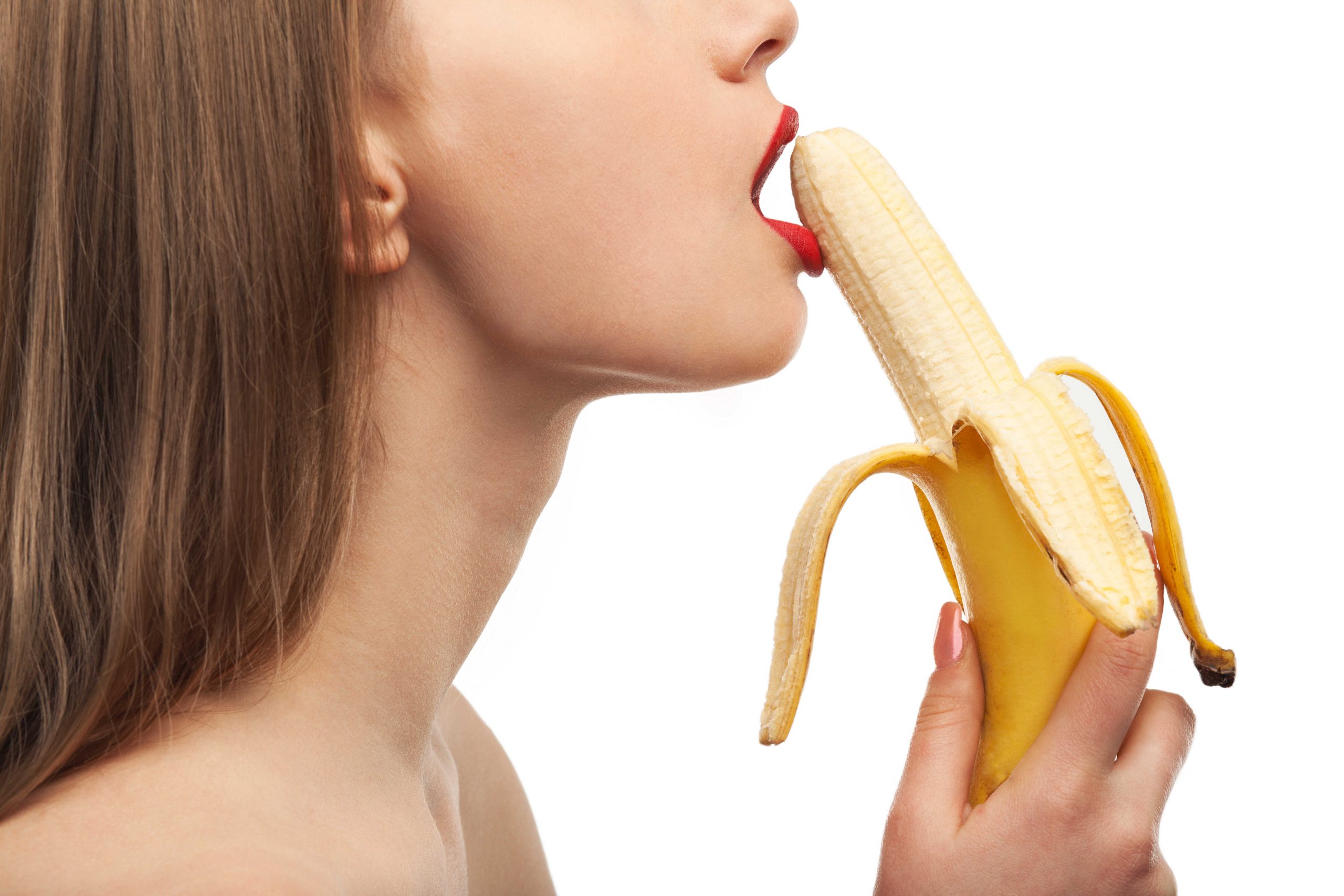 And we can bet good money that you are doing all of them and then complain how she won’t blow you anymore. You dumbass! If you want to prevent oral sex to be some annual event and make it more frequent happening, you must avoid some commonly made mistakes.

But what we do know is that there are some “actions” you saw and memorized as a kid that are done by only a handful of women and most of those are probably in a starting phase of their relationships or – and this really do exist – they just love it.

You are reading this, so tough luck sport.

Anyway, pay attention now and reset your memory. This is a fresh take on a subject, coming from women’s perspective.

1. Limit the movements of your hips. Even better don’t move at all.

Yeah we know you like it. Hell, you love it. But she doesn’t really appreciate the risk of being gauged and potentially suffocate. And let’s be honest here. Once you grab that hair nothing would thrill you more than to push it all the way in, right? Avoid by all means. If she is willing to do that for you, she will, don’t worry.

2. Don’t stare at her like she’s is a cute little puppy.

It goes without a saying that when someone is staring at you, you don’t take it very well, right? Why the fuck do you think she’ll appreciate it then?

First will trigger the fear of suffocation. Second is just playing stupid. “You are good little girl. Want some candy?” God damn…

Instant cool-off. Hardly anything has the potential to cool her off like this action. Bet you didn’t know this one, ha sport?

5. Don’t just sit like a retard. Do something with your hands. She is there, right? Use the moments.

She’s got tits doesn’t she? Got a great ass also, right? If nothing else, help her with your balls. Don’t make the poor woman to do everything on her own. It is in fact something that is not happening to you regularly so minimize her efforts and she’ll appreciate it.

It is most certainly not an optimal nutrient how you’re trying to persuade her into doing it. So lay off because not only that it tastes bad, it is also coming in a sudden and unexpected burst which can again cause the gauge reflex and let’s be honest, nobody likes that shit to happen.

7. Don’t be a smartass about it. She don’t need no guide.

Some of us have the strange urge to tutor a woman and explain every single detail of how we would like her to do it. Now, it might just be that there is nothing essentially wrong with this approach, but they do like their creativity. Just imagine how you would feel if she would start explaining everything you are doing wrong. Do you really want to get down that road?

8. Get those god damn socks off.

It is really hard to figure out why some men are having fetish on their socks. It is beyond comprehension and not important at all. What is important is that she does not appreciate the socks in any point of sexual intercourse. It appears to her that you just want to relieve yourself like a dog on a lamppost. So she’s already preparing for the possibility that she won’t get off this time. What are the chances that she’s still in for some hot sex with you?