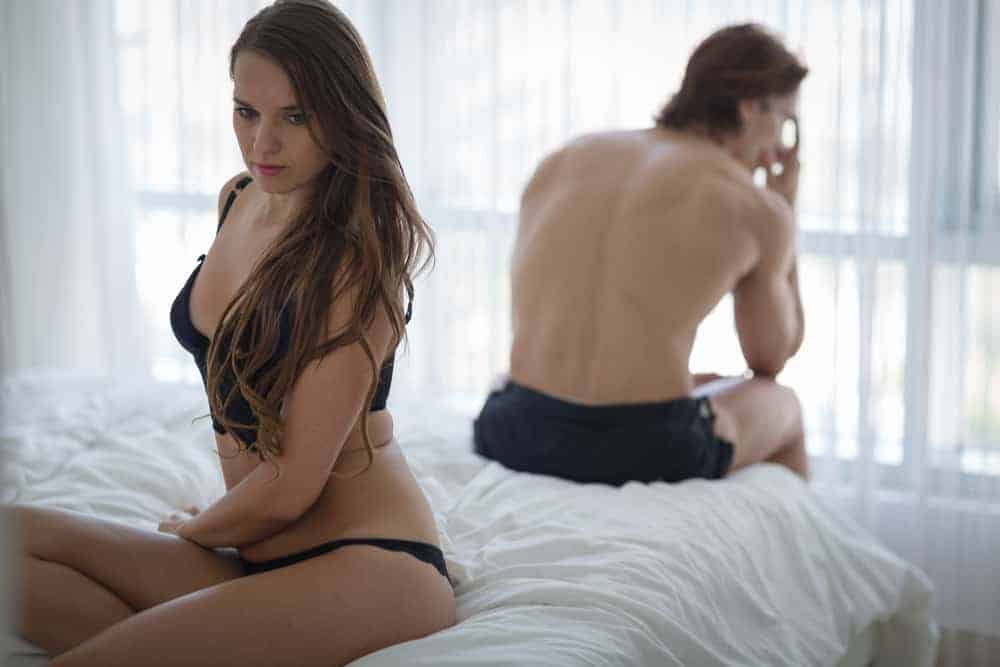 You can act preventatively on erectile dysfunction and even fix ED with a simple alteration of your dietary habits. There will be no need for some restrictive diet protocols like that low-fat or low-carb crap.

A lot has been said and claimed on a correlation between erectile dysfunction and dietary habits. However, 99.99% of everything you can find in any of those, so-called “guides” and “tutorials,” is pure nonsense. And you can put your money on it.

While we can argue in favor of a good overall fitness, there are thousands of cases where athlete-like guys are suffering from erectile dysfunction while XXXL men are getting it up any time they want. In other words, six-pack boys are frequently ending up apologizing while 6-pack guys are fucking women’s brains out. So what’s the catch?

It’s about the combination of two things where you can’t possibly avoid one but you can sure as hell alter the other.

The most likely scenario is that you’re spending much of your day sitting. And that sedentary lifestyle is fucking your metabolism.

Now, it’s irrational to even think that you can work any office-type job on your feet. A comfy chair is the name of the game in that case. However, it’s imperative that you find few moments every day to stretch that killer body.

What’s happening when you are sitting all day long, among everything else, is the imbalance between LDL and HDL cholesterols.

It has nothing to do with the serum cholesterol level so don’t think that simvastatin or some other statin-based drug will work miracle, as your doctor is persuading you. Statins will only make things worse because they kill cholesterol and without cholesterol, there is no testosterone.

What you ultimately want to do is to induce balance and subsequently lower the daily dose of statins. And that, my friend, can be done through a simple alteration in your dietary habits. No heavy lifting, no running, no aerobics. In 1999, Michel DeLongeril, a French MD, published a study on dietary habits of the Mediterraneans to prove how diet has nothing to do with heart attacks.

He concluded that the reason why Mediterraneans have such an unusually low heart attack rate is that antioxidants from fruits and red wine, plus beet and olive oil, along with daily activity and sun exposure are protecting them.

We are talking about the diet that consists of:

Doesn’t really share many similarities with any of those suggested “healthy diets,” does it?

It’s a common delusion that these people are living on fish and seafood.

In fact, it makes less than 15% of their diet (I know that because I’ve spent years in the Mediterranean). And, I never heard a single man complain about erectile dysfunction nor overheard a woman trashing her man for that.

The trick is in being moderate. That’s the key. Along with something else that is traditionally overlooked.

If you devour two large cheeseburgers with all those fries and have two cokes or beers along with that, you really want to wait for the digestion system to work its magic BEFORE you engage in sex games. After all, blood is concentrated around your stomach, with almost nothing left for your Willy.

Depending on the amount, your age, and the capabilities of your digestion system, it can take up to 2 hours for everything to settle.

However, if you EAT A SINGLE CHEESEBURGER WITH SOME FRIES and REFRAIN FROM DRINKING ANY KIND OF FLUIDS DURING THE MEAL AND FOR AT LEAST 30 MINUTES AFTER YOUR LAST BITE, the miracle will happen.

Let’s say that your lovely wife was too occupied talking on the phone while she was preparing the salad to go with the steak for dinner. And she poured a bit more of a vinegar than she should have. The damn thing is now so sour that it’s literally crunching your jaw when you are eating it.

What do you do?

You add some water in it to dilute the vinegar.

What’s in your stomach?

What happens if you add water to the acid?

Why is this significant?

The inadequate acidity of gastric juice (hypochlorhydria) is a problem that’s been causing series of medical conditions.

One of the known symptoms of hypochlorhydria is a partial or complete loss of hair pigment.

But, regardless of the obvious awareness, medical specialists will hardly ever order a diagnostic of the acidity level.

Low levels of acidity in stomach make digestion difficult and in some instances practically impossible regardless of the type of digested food. Patients with low acidity levels are unable to absorb minerals and non-carbon elements such as iron. Additionally, strong stomach acid is prerequisite for a proper absorption of the large protein molecules.

Incompletely digested parts of protein molecules are being absorbed in the blood, causing allergies and disorders of the immune system.

One other critical function of acid in the stomach is the elimination of parasites and pathogenic bacteria!

Acidity levels drop naturally, as we are getting older.

When we reach 40, the problem escalates.

As we said, the first sign is a loss of hair pigment and deterioration of skin quality.

Roseburg study[1], conducted by Dr. Paul Fieber and Victoria Boutenko in 2005, included 25 individuals, all diagnosed with hypochlorhydria, in age span from 17 to 80.

Subjects were taking 1 liter of properly prepared green smoothy per day for the period of 30 days in order to confirm the possibility of natural restoration of adequate acidic levels of gastric juice. In the same time, subjects were asked not to alter their usual daily diet.

66.7% of subjects showed significant improvements in the restoration of optimal acidity in gastric juice.

If your digestion system can’t process macro and micronutrients in an efficient way, it will disturb the optimal metabolism of critical chemicals such as testosterone and dopamine – two most critical hormones for your successful sex experience!

The bottom line is that you should make these 3 simple action steps in your dietary habits to prevent apologies and a pissed off woman.