Forget Useless Theories. This is How You Win in Anything!

Ballz of SteelGrow Your BALLZ

Want to learn how to win in anything? What separates champions from losers? What’s been preventing you from succeeding? From winning? Here it is. Explained as it should’ve been explained already. 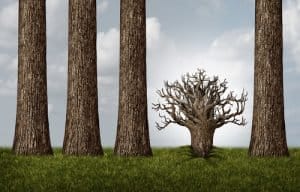 Hundreds, if not thousands of blogs and books have been written on this subject, especially in  the field of business. Yet, not one explains the very nature of the victory and, consequently, how exactly do you win in anything at all.

Because, at the end, be it a war, battle or simple business negotiations, the rules of engagement are exactly the same.

In other words, he who wins in business, easily adapts to win armed battle and vice versa.

That’s just the nature of the things. All you have to do, to win in almost anything, is to adopt one specific kind of behavior.

Inside the mind of a winner

You probably heard the saying that if you want to make money, you have to do something nobody else is doing.

It is in that simple paradigm where the solution to your problem hides.

However, one thing is to claim such thing or to read it somewhere. The whole other thing is to take action.

And the reason why you are constantly avoiding taking action in that direction is the factor unknown. You simply don’t understand what is it that you must do – in order to move further.

As it’s been said: you have to make the unexpected or the least expected move! In other words, you have to be ready to do what your adversaries and/or your social environment are reluctant to do. This particularly goes for those battles that are seemingly lost even before they started.

What could that specific action be?

If one army commander obeys to general rules of engagement, while the opposing commander is using somewhat unconventional methods, the latter will most likely claim the victory; provided that they have more or less same resources. Because the victory is often claimed by the one who pulls the least expected, extremely bold move.

That’s anything that can fall in a “nobody’s dumb/brave enough to pull something like that” category.

As David Stirling, founder of the British SAS, once said: Who dares wins.

No matter where you look or how far in the past you go in your search, you’ll always see this one and the same behavioral pattern, common to all the winners: they simply dared to make the move that took their adversaries by complete surprise. From the ancient battles in Mesopotamia, pirates of the Caribbean Sea, to modern warfare and business in particular.

What made them courageous enough?

Other than being smart and willing, they are deliberately using something we humans took to extremes:

Program two computers to play chess. Which one will win?

None. Each time you put them to play against each other you can expect stalemate after tremendous losses from both sides. Both computers will continue using their resources until they exhaust one another.

Because they follow the strict, pre-programmed, logical pattern, without deviating from it, ever.

It’s like those First World War old-fashion generals who couldn’t gain tactical advantage no matter what, which, consequently, generated tens of millions of dead bodies on each of the confronted sides. They were following the predictable pattern of obsolete strategies and tactics, stripped from all emotions. Each side could predict every opponent’s move and execute timely countermeasures. For this bloody conflict to reach the end, one side had to exhaust the resources.

In the case of our computers, that would equal to the situation where you simply unplug one of them. But until you pull the cord out of the socket, they will continue sacrificing resources because they can’t think beyond the expected.

Now, do some self-reflecting.

Do you see the similar pattern throughout your past?

It’s even hard to count the number of opportunities you missed to put your life on a certain growth trajectory path, isn’t it?

For instance, imagine that you bought a couple of Google’s or Apple’s shares years ago, or that you’ve invested a grand in Facebook.

How to Overcome Low Self-Esteem and Depression – Action Steps

Step 2: Compare your path with the path of someone you know is successful and tends to win frequently.

What is the fundamental difference between you and that person on your mind right now?

It appears that your path is stripped from all emotions, whereas the person currently on your mind is driven by passion and doesn’t really care about what others think it’s right or accepted. In other words, you follow the strict rules of engagement while he (she) is not. You are the slave of the matrix installed in your mind during your childhood, and he (she) is not. 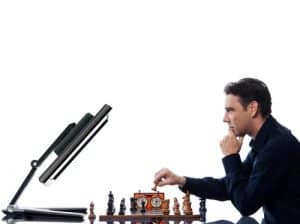 Unlike our two computers, the human decision-making process is constantly under the influence of a confusing set of emotions. The Cold logic, used by computers, often has no predominant role in that process. We will always add an emotional component in every logical decision – each and every of us, without exceptions.

But the critical difference between the winner and the loser is in the underlying significance or the weight of the decisions two of them are making on daily basis. In other words, it’s about how big your appetite is!

In addition to the nature of those decisions,

Knowing that the level of success is proportional to the level of exposure, it’s easy to say how your path depends on the risk you are willing to take on your way.

But, it’s not only about what you are willing to sacrifice. It’s about having a good reason for every casualty, given your ultimate goal; and to make every loss count.

That’s what made possible for Gary Kasparov to frequently beat the computer in a chess game. The computer simply doesn’t understand the true meaning of “sacrifice.” For it, the figures are expendable resources, just like all those soldiers were for WWI generals and aristocracy. For Kasparov, however, every sacrificed peon meant something. It had an important emotional role in the overall victory plan. In other words, he “felt” every loss while being willing to make that sacrifice.

The best analogy is the difference between a small business owner and an employee.

When we say small business owner, we refer to a person who is running a company that, after all expenses are deducted, brings the equivalent of the standard monthly wage of our classic 9-5 employee. No monetary difference whatsoever. Only more troubles.

On first sight, it appears that our entrepreneur is crazy.

To generate approximately the same amount of money, as he would be making by working for someone else, he is willing to sacrifice much more of his time. That fact alone is affecting the quality of his private life, the simplicity of which is the only guarantee of the healthy and happy living. We didn’t even take the elevated stress into account.

One could even say that our classic 9-5 modern slave is in a more favorable position. After his 8-hour shift, he’s free as a bird, to do whatever-the-hell he wants. Unlike our entrepreneur who isn’t even sleeping much because he has to plan most of the day, week, month and year ahead.

For the time being, yes, our employee is happier. But as time goes by, two of them will switch positions. Our entrepreneur will soon take over the leading place in a marathon by exploiting the accumulated momentum. That momentum will enable him to run the marathon at the sprint speed and soon, he will be out of the sight of our employee.

The only factor that will bring that unbelievable advantage is the difference in the weight of the daily decisions two of them are making and the will to make a deliberate and calculated sacrifice of personal comfort.

We can observe these two as two generals fighting against each other.

Our classic 9-5 employee is that obsolete, rigid, doctrine-bounded, WWI general. A man who is following the matrix totally.

The entrepreneur is more similar to Daniel Morgan. He’s isn’t following the predictable path. Instead, he’s making rather unconventional moves that often clash with what’s considered accepted by his closest social environment. He’s going against the grain.

By waging guerilla warfare against someone who is following the matrix, each strike inevitably creates a positive effect, accumulating the momentum that eventually leads to victory.

If you are, for instance, waging between “certainty” of regular paychecks against the largely unknown outcome of some private endeavor and you are constantly reaching the conclusion how you’re better off slaving for someone else just because it’s seemingly easier, you are most likely not someone who is winning frequently.

The reason why you are not winning is the complete absence of competition.

It’s like trying to win the race without even showing on a starting line.

You see, it’s in the very nature of the winner to constantly search for new competitions. New areas to get better at – new areas to beat the competition. Because only through engagements, one can set the stage for the victory.

So, to win, in anything, you have to start your first race – no matter what that might be.

You might lose a couple of first runs, but its just learning – not losses – but in time the experience will build up and you’ll get closer to finishing first.

And when you sign up for that initial race, you have already made an unexpected move. In our current reality of life, that would be similar to delivering strikes using guerilla tactics. Nobody is expecting that you’d be crazy enough to pull something like that.

All you have to do to develop the ballz of steel is to give zero fucks to what others consider right or accepted. Those others are the replicas of the old you. People who are never competing and thus, never winning.

Change sides and join the winners because it’s easier than you think right now.

Behind every successful man stands a woman – Or what?

Behind every successful man stands a woman – Or what?

God is a woman. It’s so obvious.

Just When You Think You’re Fucking Them, They are Fucking You