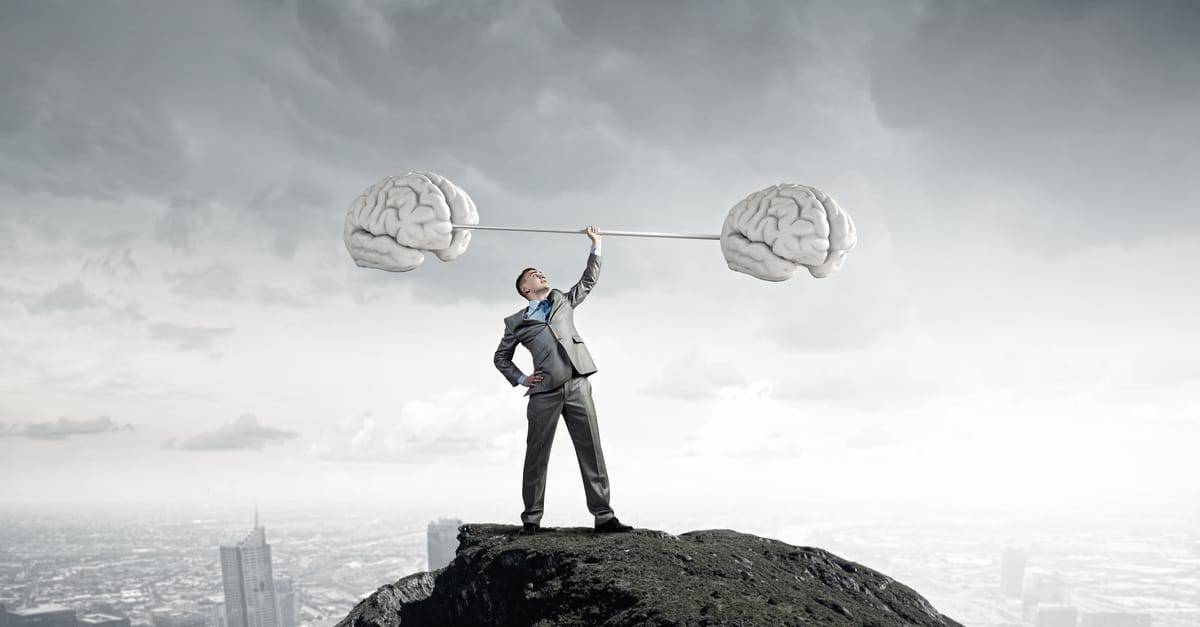 There’s a certain “recipe for success” and it mostly relies on your inner strengths or self-confidence. In other words, how strong you are is not defined by your muscles but by your mind. Because the brute force can only yield a short-term result. If you want something more on a long run, you have to develop a specific mindset.

When examining success, we see a particular behavioral pattern

It’s not about the habits exclusively. We all have our sets of good and bad habits. But what we do to recognize, analyze, and improve is what makes the difference between success and failure. And for that, you need to have a mind developed in a particular way.

The following list may easily turn your life upside-down and put it on a growth trajectory path. It’s a kind of a shortcut to success.

Simply put, to become successful in any segment of your life, you need to be a mentally strong man.

What differentiates self-confidence from wussing out?

Self-confidence means never living in the past

The past is an experience. It’s knowledge. And it should only be used to facilitate the planning and self-observation. In other words:

You learn from the past, live in a present and plan the future using the both now and then.

This is the way to live. Self-confident men are always self-reflecting, using the experiences to improve their responses. You simply go through successes and fails, analyze them all, and make the coherent and efficient conclusion of what has to change to further improve your output.

It’s not enough to simply recall some fail. You need to dissect it into the smallest pieces and analyze each. The point is to see what you did wrong to avoid repeating that same mistake.

If something acts as a serious block of the progress, that’s the zone of comfort.

We men tend to build strong walls around our comfort zones and every time we are forced to step outside the “zone,” we feel frightened.

What is the most common type of the “comfort zone”?

80% of men are using these same excuses just to stay inside their comfort zones.

And when the shit hits the fan, stomach pains kick in. Our poor man who spends his days sitting in his chair, watching some dull TV shows while his woman collects coupons so they could put food on the table, is suffering.

And then, that same man wonders why his wife left him for someone else.

You will never win the game if you only play on defense. To make the touchdown, you need to play offensive.

Self-confidence means being open to advice

The experience taught a self-confident and mentally strong man that a different information has the beneficial overall effect. And he’s perfectly aware of the fact that a single mind is, in most of the cases, inferior to a trust of brains.

Therefore, a mentally strong man will never reject or resent an advice. He will embrace the information coming from another source with the open mind.

However, there’s one important thing about taking the advice you have to understand.

You see, you don’t listen to an advice just to blindly follow it. You take bits and pieces and construct the conclusion. It’s not about agreeing or disagreeing. It’s about absorbing, analyzing, and extracting.

Self-confidence means being OK with the changes!

And this is a takeaway to remember.

So simple, so logical, and yet nobody does it!

However, there’s one serious problem with that status quo doctrine.

How can you progress in an ever-changing, rapid, and mega dynamical environment if you don’t like changes?

When you’re mentally strong, as they like to say, you’re pragmatic. You adapt to the current. You don’t allow that current to slam you uncontrollably.

The current is a changeable thing. It doesn’t obey rules. It’s unpredictable.

Therefore, you must be ready to embrace the changes because they are your everyday life. Locking yourself behind your office desk and then behind the living room door will get your ass fucked in no time – as you’ve already noticed.

Do you know what makes the difference between a guy who pays the mortgage and the guy who doesn’t know where to stuff all that money that’s been pouring in from all over the fucking place?

Engrave that in your mind.

You adapt to survive.

It’s been like that from the dawn of the time. Evolution is a clear evidence of that. Otherwise, we would still be eating hanging from the treetops.

Sure, you can take the loan to buy a goddamn TV set. You can get a new car the same way. And yes, you can borrow the freakin’ money to live in a house that will become yours 30 years later. You can do all those things.

What then? Or even better, what now?

Are you comfortable? Things are just the way you like? For how long?

Do you know what makes the difference between a smart gambler and the stupid one?

The smart one knows when to back the fuck down and pull out from the game. The stupid one keeps pushing until he loses more than he owns.

Hence, if you have a car loan, mortgage, kids tuition expenses, credit card debt, overdraft on your bank account and only one 9-5 to back that up with at least some cash, don’t you think it’s a bit of a gambling? Don’t you think that you’ve gambled way more than you have?

After all, all those new stuff you’ve purchased most recently, together with the house and the car and the TV and some new smartphone for your kid, all of that is purchased on debt!

In other words, you used the institute of debt to build your comfort zone!

And none of it is yours.

It’s a reckless gamble because you’re relying on that single shitty salary, hoping that nothing goes wrong with the global market otherwise, you’ll be packing your bags. How would that reflect on your self-confidence?

OK, enough of preaching. What you wanna know now is how to get the fuck out of that dreadful situation, don’t you?

Well, it can be simple or it can be hard. It totally depends on your determination and perseverance to exit that illusion you like to call your comfort zone and start ADAPTING to the world of possibilities around you.

Get up and take a good look outside.

What do you see?

You see the world on the move.

When was the last time you did something outside your normal routine?

When was the last time you broke through that protective bubble and smelled the world around you?

You don’t know the second thing about the system you’re living in. Isn’t it time to learn it?

How about a crash course, sport?

Whatever the hell you do in your life, you’re either buying someone’s crap or selling your own. There’s nothing in between.

Go to the store, you’ll buy. Go to your work, you’ll sell. Try to talk some sense to your wife; you’ll lose because you don’t know how to sell a bullshit to her.

You can come up with the most brilliant idea the world has ever seen and if you don’t know how to: A) market it, and B) sell it, you won’t make a dime out of it.

That’s right, my man. Your boss can do shit without his marketing and sales teams. Your paycheck depends not on your boss or the product you’re making. It depends on the ability of these two teams to market and sell that thing, no matter what it is.

Get up and start learning how to sell a bag of sand to a Bedouin in the middle of the Sahara Desert.

It will include excessive tutoring and practice in the fields of marketing and sales. And it will take anywhere between 3 to 12 months, depending on your ability to open your mind and learn what truly matters.

And what truly matters?

No stubbornness. No narrow-mindedness. No “my way or highway.” None of that shit works if you want to make something out of your life.

Stubbornness is the sign of the weakness. A stubborn man is a weak man who tries to cover his inadequacy and incompetence with the relentless and boring enforcement of his own stupid claims and points.

How do you open your mind?

Don’t do that. Don’t be stubborn.

You can learn something even from a complete idiot.

Self-confidence means never allowing someone to interfere with our lives

My shit is my shit. Not yours, not his, not hers, not theirs. I have it all organized and I’ll never allow someone, regardless of the gender, to mess up with it.

Sure, she might be a great fuck but that simply won’t cut it. You’re not allowed in, period!

Self-confidence means not being jealous of other people’s successes

No sir, you learn from that success. Envy is not on the table. The thirst for knowledge and information is. And if you envy, resent or just living jealous, you won’t learn shit.

If I drive a brand new custom-made BMW X series, how does that make you feel? Angry or happy? Pleased or pissed?

At whom are you pissed? Me or you?

A smart and mentally strong man will approach me and ask a simple, ”How the fuck do you do it?”

A jealous person will slam the door, start talking shit, open a beer, and eat his ballz away. In the end, the smart guy will most likely drive the BMW while the envier will be looking at now pretty old TV set, saying B.S. about the people who made it.

I’ve seen many men living on the edge of the poverty just because they see the fucking risk in everything. They live in fear of “losing everything.”

You just need to accept that fact and move on. Think of the possible gains. What can you gain if you do this and that?

Risks are only here to be analyzed. Because, where’s risk (in a business world) there’s money. No risk, no money. It’s that simple. Thus the premise:

If you don’t take any risks, you don’t make any money.

OK, I think you have much to absorb. Make yourself a coffee and go over it one more time. Sleep it off, and come for more. It’s this second part of this 2-part work where you’re putting those last pieces of the puzzle. Without them, the image will never be completed.