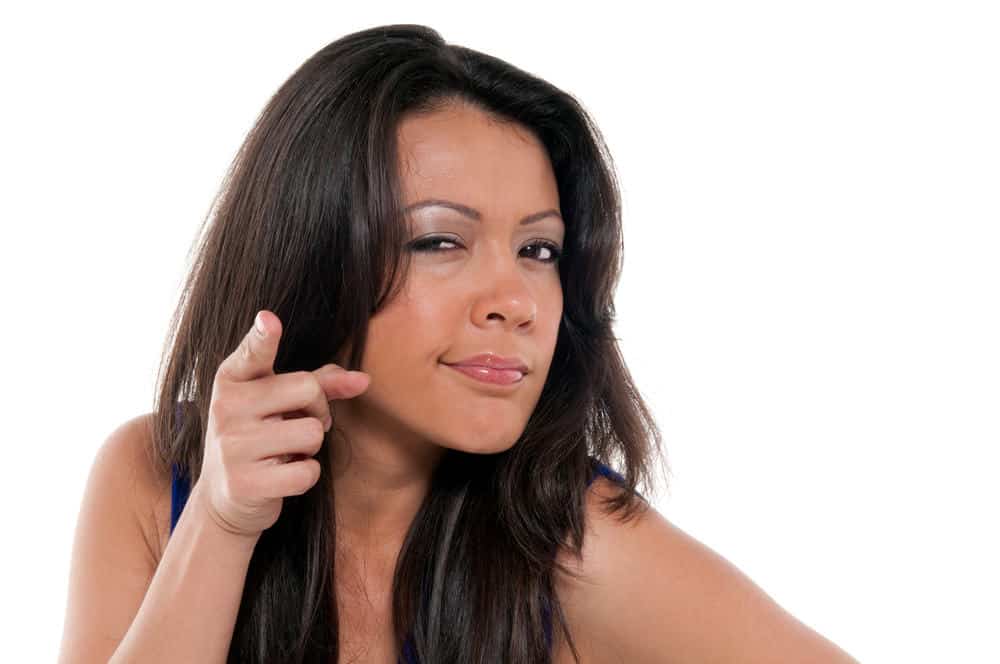 We men are sometimes so ridiculously stupid that it actually hurts. We think that we can sell all kinds of bullshit to women and the best part is that most of us seem to think that bullshit passed all the checkpoints and has been accepted as a true by her.

Unfortunately for some men, women are smarter than us.

Which means that sometimes, it’s best to play it like a man – to tell what the fuck is going on. Tell the truth no matter what.

Will you piss her off?

You’ll do it anyway, but this way you’ll at least maintain your integrity and she will respect you for that. Having a wife or girlfriend who thinks you’re a corrupt little weasel without an ounce of integrity is waste of time and energy for both of you.

And you know what the funniest part of it is? We are tripping over stupidest things possible.

5 of them are always in use and all of them can be found on a cover page of “How to Handle Your Man” guide for women.

Stupid Lie #1 – This has never happened before

Come on, man… We’ve all been there.

For some reason she can’t get it up, period. Give it up and make some fun out of it. Don’t whine like a bitch or try to push this one.

It did happen and it will happen again. It’s only a question of when.

What then? The same lame excuse all over again while praying to God Almigthy that she’s forgotten about the last incident?

Dude, if there’s something that sticks in her mind then it is a soft or dysfunctional dick. And the reason behind that effective memory is directly related to the feeling in her head – she’s experiencing the unfortunate situation like a personal insult because if she can’t get it up, she’s not good enough.

A man gets aroused every 90 minutes while sleeping and every 2-5 minutes while walking down the street. They know it. It’s not a big secret anyway so why the hell would you try to sell something like that? To hide the fact that you’re doing her sister and her best friend? Lay low and shut the hell up. More you talk, louder the alarm in her head is becoming.

Stupid Lie #3 – I would wear a condom, but it just doesn’t fit. It’s too tight

Then, my friend, you fall into the elite group of 6% of men who are armed with 10 inches dicks. Why the fuck are you reading this in a first place. Go get laid and make some lady happy.

You dumbass, of course, they know the statistics and of course that she take a gooood look at your crotch the moment she laid eyes on you.

She looked you in the eyes, measured you head to toe, and then tried to assume the size of happiness in your pants. She knows, make no mistake about it so don’t push it. Get that condom and get laid. Better to have sex with a condom than to jerk off.

Man, this is the most stupid statement ever. Who do you think you’re fooling. She is jerking off at least once a day, same as you. OK, maybe not once a day but quite often since you are not able to spot those 96 seconds when she’s in for some hot sex.

Instead, start the fire with it. If lucky, she’ll make every effort to show you that she is perfectly capable of draining you out for a couple of days in a row.

This might actually fly with young and inexperienced ladies who spent their lives somewhere high in a mountain, cut from all modern communications and information with only one movie in her mind – The Notebook.

You and her both know that once your dick is up, he is acting as a guided missile targeting one out of three potential entries.

Be a man and keep your integrity. If nothing else, don’t lose it on these five public bullshit stories that even schoolgirls know.