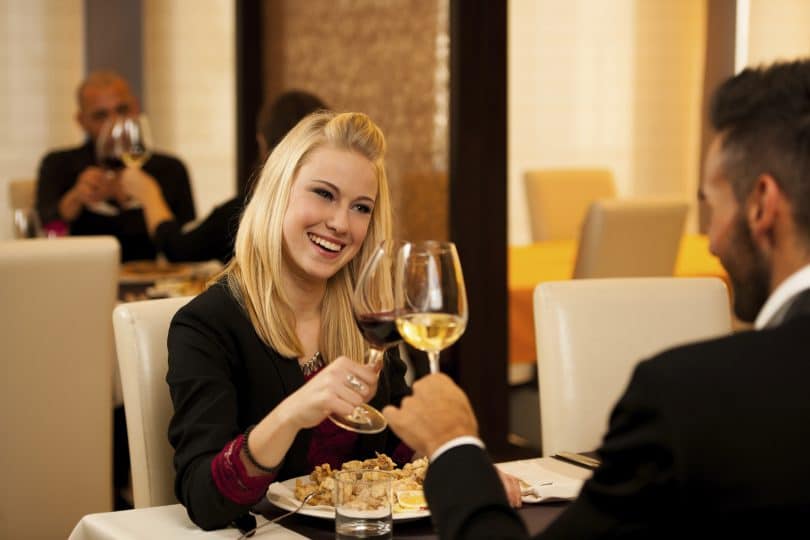 Is she into you or not? Traditionally speaking, men always take the fall for the commitment card – yet now more than ever before, women are trying to keep their options open, refusing to commit to one person in the early stages of the relationship. Ballz Magazine gives you the signs to look for if you want to know if she is into you or not.

It can be hard to determine whether your date is genuinely interested, or simply playing the field until something better comes along – especially if you’re not familiar with the signs. That’s why we’ve created the top 6 signs she’s stringing you along.

She’s Not Ready to Think of the Future

If you’re asking her for long-term plans and she keeps dodging the bullet, chances are—she’s not ready to commit. Events that happen in the future, like summer vacations, weddings, events or outings in the next month or so shouldn’t scare off a serious girl. If she’s afraid to give a solid answer to anything you’ve suggested, she’s likely waiting for something newer or better.

Taking Hard to Get Too Far

Sure, everyone enjoys a good hunt for the perfect girl, but the game can be exhausting if you’re not enjoying it. If she’s always making you jump through hoops, trying to overcome obstacles or avoiding the confrontation of commitment, she might not be the right girl for you. Remember, the girl you’re with should want to spend time with you—not try to have you prove yourself at any given moment.

She’s Never Asking to See You

A relationship is about giving and receiving – but for someone afraid of committing, it might seem like a one-way street. Consider whether you’re always the one asking to meet up, go out, see her or make plans. If you’re the one always calling or texting, there’s a good chance the mutual feelings aren’t actually mutual.

Conversation can emotionally connect ways or work to build distance between two people; it’s important to consider which side of the fence your relationship is falling on.

While it’s normal for her to be apprehensive (if she’s been burned before) opening up shouldn’t feel like a game of tug-o-war.

Try to engage her in a deeper conversation; ask about her past, her family or her long-term goals – if she deflects the conversation back to something that happened during the day or another superficial topic, she’s dodging the connection.

There is absolutely nothing wrong with having good taste—but if it seems like every time you’re chatting to her there’s something financially wrong in her life, she might be into your wallet more than you. If your relationship seems like anything more than an emotional or physical connection, confront her about it and start limiting the cash flow. If she disappears or simply complains, she probably wasn’t into you as much as you thought.

She Doesn’t Answer You Immediately

In a day where everything is instantaneous; taking a long time to respond to a text message or call can be a bad sign. If she’s taking longer than a few hours (if she’s not at her job) to answer your questions – move on to the next chapter because she’s just not ready.