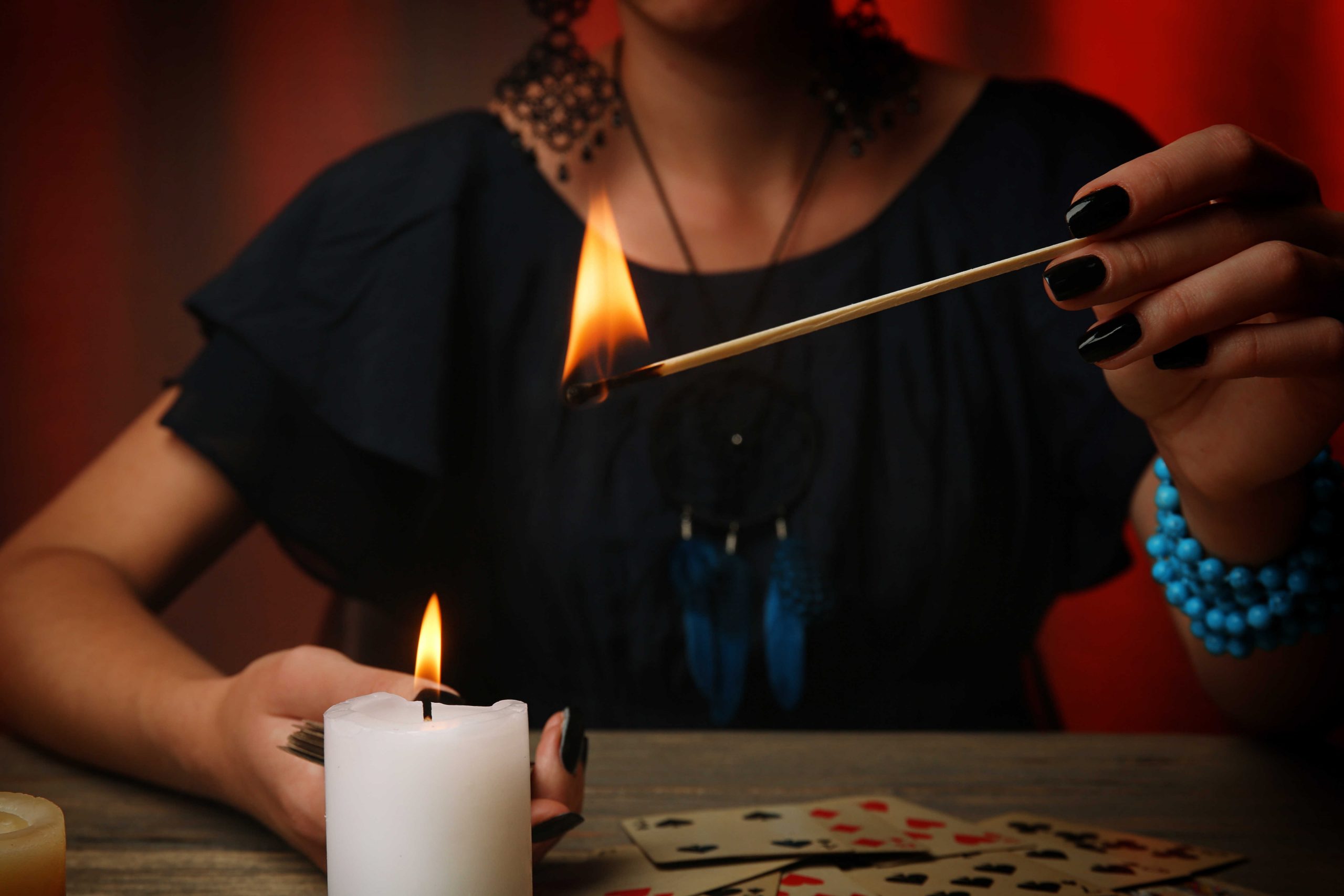 The wind was picking up and ominous, dark clouds started to emerge on a horizon when a tall man in his fifties walked pass one of those fortune-telling gypsy tends, slightly waving his walking stick in his left hand. He smiled when he read the sign, “Your future is in my cards,” and just kept walking. He wanted to see the lions.

But something made him stop and turn around. A fat gypsy lady, dressed like a damn parrot was staring at him from the tent’s entrance.

“What the hell,” he thought, “Let’s have some fun first.”

The woman smiled and opened the entrance inviting the man in. She was still focusing his eyes.

Something was different about this fortune teller. He wasn’t sure what it was. Maybe her eyes…something was in those big, brown eyes.

As soon as they sat at the small table in the center of the cylindrical room, fortune teller reached for his hands. She seemed so focused on his palms that it felt like she was reading a freaking novel from them.

Suddenly, without warning, she let go of his hands and jumped up from the chair. One could smell the fear coming out of her. It was like she saw the Beelzebub himself.

With a pale face and cold sweat coming down her forehead, she whispered, like she didn’t want anybody to hear what she is about to say; not even her.

At first, he couldn’t understand the word she said.

“What? What did you say?” He asked again.

“You will kill 6 million men, women, and children.” She said and disappeared behind the curtain.

All alone, in total silence, the man tried to figure out what the hell just happened here. Is she insane? Will I kill 6 million people? How the fuck should I do that?

The man threw $20 at the table and left the tent. He lost all interest for the lions. “To hell with her,” he mumbled out loud, “I’m going home.”

As he was walking by the river he heard a loud scream. He immediately stopped and listen.

Again, a short, loud scream and then the silence. It just hit him: somebody was drowning.

The man dropped his walking stick and ran as fast as he could down the river bank. His hip was killing him but he was determined to find out what was going on.

As he approached the shoreline, he noticed a young boy who was struggling to stay above the water.

“Well,” he thought, “If I’m about to kill 6 million people, let me save this one life then.”

Without second thoughts, the man jumped into the water, swam towards the kid, grabbed him around the chest and dragged him out of the water.

The boy’s mother, all in tears and panic, ran to meet them. She grabbed the boy and hugged him, crying and yelling at him at the same time.

When she managed to get a hold of herself, she stood up, and said to his son:

“Adolf, say thank you to the kind gentleman.”

So what’s the point of this lovely story?

Two basic laws of physics: action and reaction. Every action has its counter-action or reaction, otherwise known as the causal relationship of the things.

The famous “butterfly swings his wings in Tokyo and it starts to rain in New York” is not a joke. It’s a causal relationship of the things. In other words, you never know what chain of events you will trigger with some random and seemingly insignificant action.

Therefore, before doing something, think about the possible outcomes.

But don’t think short. Think long and foreseen the shit before it hits the fan.

How to do that?

Well, for the starter think first, act later; not the other way around as you’ve been doing so far. In other words, create a mental roadmap of the future events. If you are engaging in some new endeavor — regardless of what that might be — make sure you cover all the bases inside your mind.

Draw a sketch, a scheme, and then close your eyes and imagine it. That’s what professional athletes do before every challenge during their training. And it proved itself to be effective, at least according to the testimonies of those (read: Usain Bolt) who are using this technique.

By the way, when he was a young boy, Hitler was, in fact, saved from the sure drowning by the Catholic priest. It was just funnier to tell it this way.