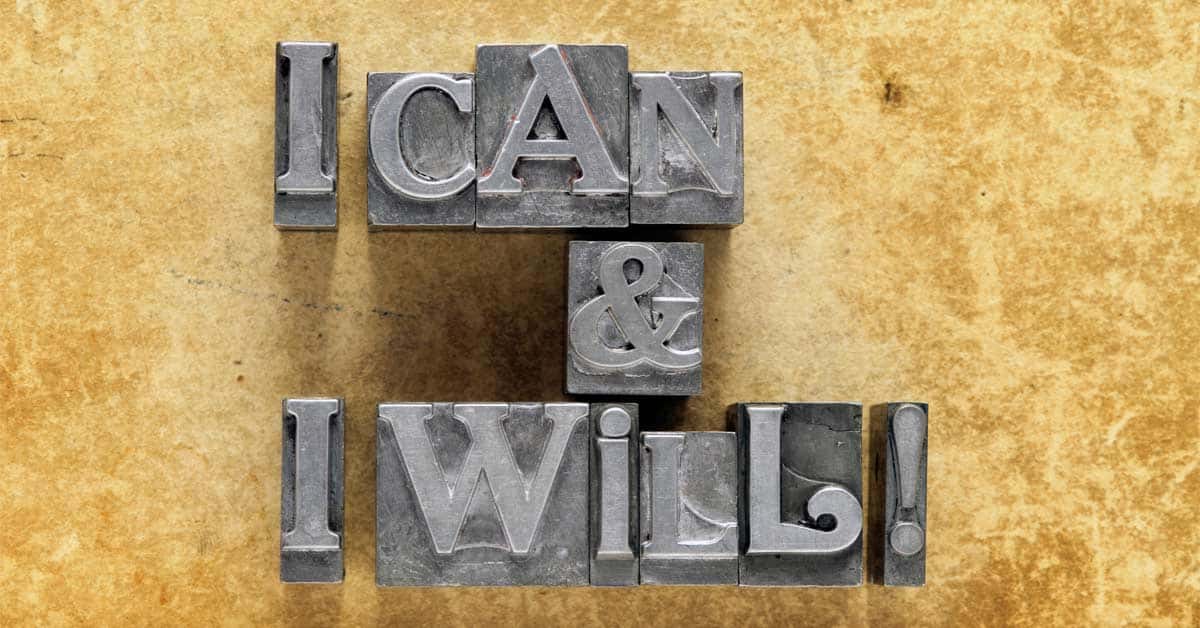 It seems hard because no one had explained to you how to increase willpower in the most effective way. In case you didn’t know, the willpower is easier to train than muscles.

How to increase willpower? 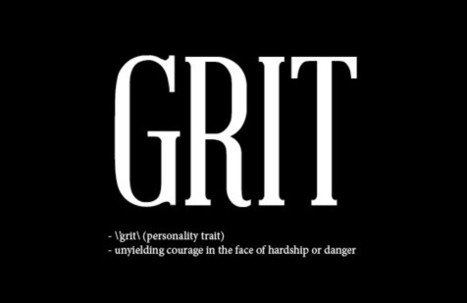 In 2006, Megan Oaten and Ken Cheng, two Australian scientists, tried to answer if the willpower can strengthen the same way as the muscles[1]. To find out, they rounded up 20 people in the age span from 18 to 50 and introduced them to the series of exercises for strengthening the will.

It was a physical exercise program planned to last for two months during which the participants were required to keep excelling in different exercises. In other words, they’ve been “forced” to increase the intensity and the weights week after week. Naturally, with each increase, they needed increased willpower to keep up.

The results were mind-blowing. 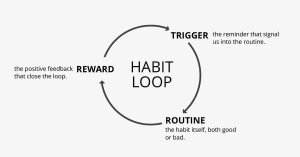 The mechanism behind any habit

Before the experiment had begun, the majority of the participants were spending their free time lying on the couch and watching TV. Now, two months later, they were all in better physical condition but they were also feeling better. More time they spent in the gym, less they were smoking, drinking alcohol, coffee, and other, mostly damaging beverages. They were also spending more time doing homework or chores and less time watching the TV. Furthermore, they were less depressed.

In the next step, the scientists organized the new group of twenty-nine people for which they designed the 4-month money management program[2]. The participants were given the precise instructions on how much money they must save. Then, they were told to give up on the luxuries like going to the restaurants or to movies.

Each member of the study group had to keep the precise records of the spending. 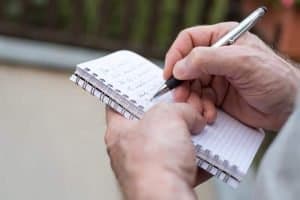 In the beginning, these tasks came hard to each and every one of them. But in time, it helped them to build the self-discipline essential to keep noting every single small thing. In other words, they were slowly learning how to increase willpower!

After a while, the participants were getting smarter with their money. Their spending habits changed!

But that’s not all.

They all cut on their smoking (up to 15 cigarettes less) and drinking (2 coffees or 2 beers less). Additionally, they ate less junk food and showed improved results in school and at work.

The overall results perfectly overlapped with those from the gym.

As the people were strengthening the willpower in one segment of their lives — in the gym or with the money-management program — that strength directly reflected on their careers and their dieting habits.

Thus, once strengthen, the increased willpower reflects on all areas of the one’s life.

“When you force yourself to go to the gym or start writing homework or to eat the salad rather than the burger, then you start changing your own thinking. Consequently, you are getting better at controlling your impulses and urges. You become perfectly capable of resisting the temptation. And once you develop that kind of the willpower, your brain can help you focus on the things you really strive to.” Todd Heatherton, Ph. D.[3]

Benefits are far-reaching, without any doubt.

But is it simple?

When all things are considered, yes. You don’t have to do anything extraordinary. Heck, you don’t even have to move outside your home. That is if you’re gonna follow a simple will-strengthening program we designed for you.

Once you learn how to increase willpower, 3 critical segments of your life will improve in just 2 months

Enhanced willpower and better organization of your life are vital for your general well-being.

Without the discipline, for instance, you won’t get too far in making any serious progress. Thus, the discipline has to be the essential part of your life. And to learn discipline first you need to increase willpower.

The problem is that we are all lazy by nature 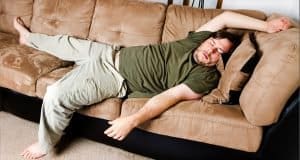 Thus, we need to make the additional effort which usually goes against our will. We have to exit our zone of comfort and do something even when we don’t really feel like doing it.

However, by adopting this simple method you’ll improve your:

Yep…one to rule ‘em all.

The important thing is that

Every day counts in what we are proposing

Habit is not a habit if it’s not a routine or something you’re doing automatically. But as some habits take longer to root, you’ll have to introduce some initial discipline and determination to grow it in the shortest period of time.

This is why you should not skip days. Every day counts. Remember, it is about establishing the new, good habit.

The time of the day is irrelevant. One should be flexible whenever he can, anyway.

On the other hand, some people largely depend on a precise daily schedule. If that voids, they are not capable of developing the habit.

So it’s up to you because nobody knows you better. You will have to decide whether you need to set up the following routine at the same time of each day.

This is what you’ll do

Have no doubts, it works because it simultaneously requires you to increase willpower to keep on going without skipping the day. 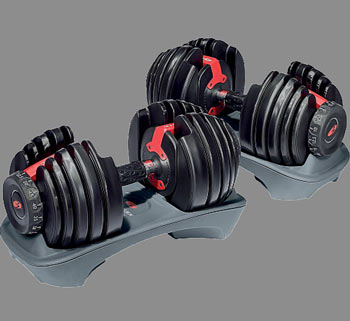 It would be great if you could also buy the bench press. 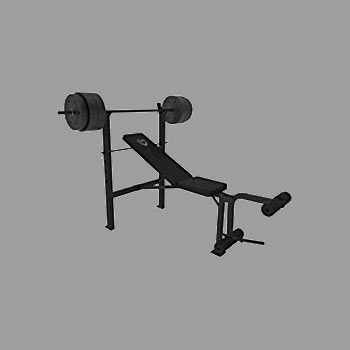 You can improvise but there is no real need because you can buy a simple bench for $50 these days on eBay or Craigslist.

What you’re gonna do with the dumbbells and hopefully, bench press? 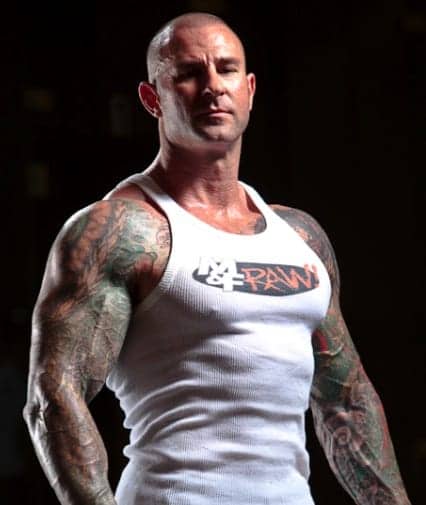 Well, you are going to use the benefits of the internet, of course. YouTube, for instance, is filled with all sorts of free, pro videos that demonstrate a specific exercise.

But to speed things up for you, we recommend Bodybuilding.com and more specifically Jim Stopanni, Ph. D. and his advanced, quite effective programs. (Ballz Magazine, Moral Creative Publishing Ltd. or the author of this article are not in any way affiliated with Bodybuilding.com or Jim Stopanni.)

It may seem too simple but it’s tested for effectiveness.

A simple set of dumbbells and the willpower to train each day, without skipping. That’s all you need to change and boost your life. Because it’s about creating the habit. Pumped up biceps are just welcomed byproducts.

One great additional benefit is

The fact that you can eat everything.

Forget about diets. You’ll grow, gain strength and endurance. And that won’t happen if you don’t eat well.

Of course, this doesn’t mean that you should over exaggerate. Just follow Stopanni’s dieting program. He is an expert so you can trust his judgment.

As it has been frequently repeated, bodybuilding presents the most effective way to build self-discipline, improve health and general quality of the life and remarkably – to improve your financial situation. 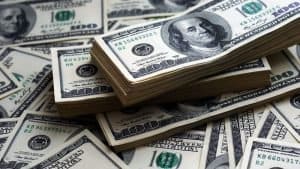 How will that happen?

By increasing willpower in one segment of your life – in this case, the will to train every single day – you’re initiating the Domino effect. In other words, everything improves.

As you can visualize your progress already after the initial 2 weeks, you’ll become even more motivated to continue.

The program will require some changes in your everyday life like adjusting spending habits, improved financial planning, and most importantly – making more money.

The latter will inevitably happen because you’ll trigger the increased dopamine firing which will force you to seek out the new ways to enhance the effect.

Sex and money are the two most potent triggers.

That’s why bodybuilders are never poor or “on the edge.” Their minds evolved in a way that is allowing them to be perfectly aware of the need to establish the financial stability and independence.

Improved spending habits and striving for a healthy life are largely influencing the entire process. In other words, bodybuilders don’t spend money on useless items or shitty food. That fact alone is more than enough to sense the difference.

It is almost unexplainable how this chain of improvements occurs almost unconsciously.

But the fact is: it does occur and it is extremely powerful, yet simple method to develop in every sense. Give it a shot. What you have to lose?

[3] Todd Heatherton, Ph.D., a Dartmouth-based scientist who is studying the willpower, best known for his fascinating work that you can see at http://www.dartmouth.edu/~health/