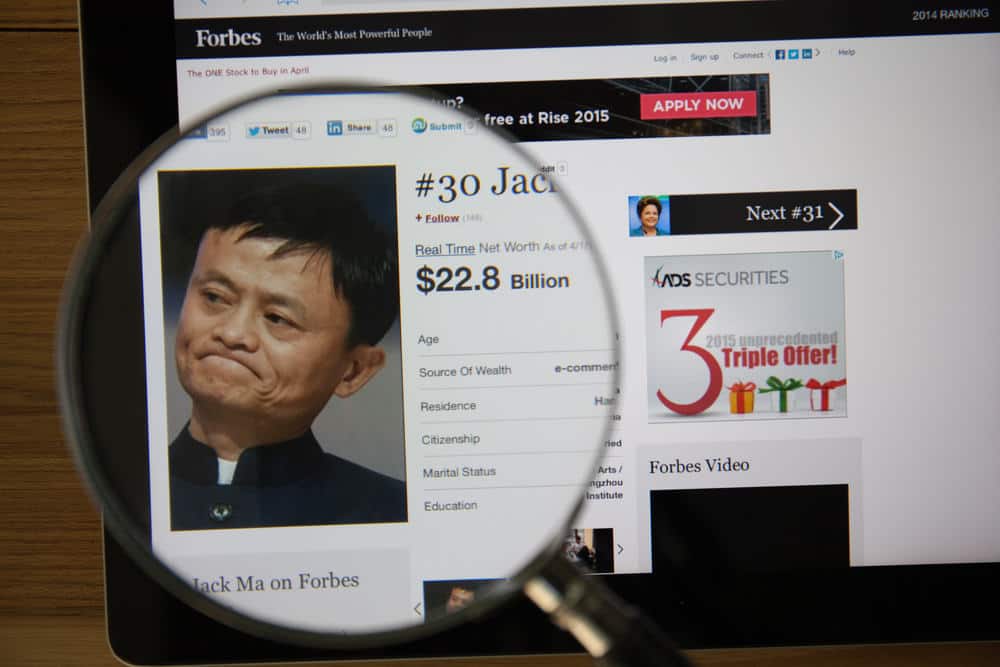 Jack Ma, founder of Alibaba and one of the richest men on the planet, has a theory of why poor people are terrible. According to Jack Ma, poor people are the worst kind of workers. Their entire life goes in questioning and waiting. It’s where he sees the reason why are they poor.

When Jack Ma, whose wealth is estimated at $23 billion, claims something, you have to at least analyze it. So let’s hear what else he said about why poors are poor and what makes them the worst workers. The Patricbetdavid.com has a transcript of the entire session:

Just ask them, what can they do. They won’t be able to answer you. My conclusion: Instead of your heart beats faster, why not you just act faster a bit; instead of just thinking about it, why not do something about it. Poor people fail because on one common behavior: Their Whole Life is About Waiting.” – Jack Ma, founder of Alibaba.

Those were the Jack Ma’s words and opinion.

The interesting thing was the comments people left. After few affirmative, a woman, Lynda, has this to say about the entire thing, and as you’ll see, she’s right about it: “I think everything he says would be completely accurate if you substitute the words “poor people” for the words “people with a victim mentality“. These are not the same thing! There are many “poor people” who do jump on any and every opportunity that comes their way and they end up working hard and pulling themselves out of poverty. (No one can control the fact they are born into poverty, but they can often control their destiny if they haven’t suffered too much abuse or had too many ignorant ideas pounded into their heads.) Even if you are middle class you will soon end up poor if you have a victim mentality.”

Combined, Jack Ma’s and Lynda’s opinions provide the simple explanation why some people choose to live their lives poor, blaming society and the system for their choice or justifying it with some ridiculous nonsenses no grown man could believe.

One example is mine and other is from the man I know. Back in days, while I was still working for someone else, bringing home the fixed hourly wage, I faced the problem: I have two sons and both will soon go to college soon. We all know that higher education cost money.

So I sat down and calculated the total annual cost that will occur in a future and then broke it up to a monthly figure. I ended up with the financial goal and had 2 years to figure it out how to pull it off without borrowing the money.

The colleague of mine faced the similar situation. He had a daughter around the same age as my older son with the clear aspiration to attend the prestigious college. He too was bringing home this same hourly based wage (same amount.)

I’ve spent 365 days putting everything I had into the thinking process. I barely slept just to find the solution. On the other side of the city, my colleague was resting after 8-hour shift. He didn’t even take some time to calculate what the future is bringing to him and his family.

The current situation is this: my both sons are going through their universities; living in rented apartments (each has his own), and not a dime of loan is used for their education and life of my entire family during the entire period. In fact, that simple challenge and dedication to find the solution, transformed my life and life of my family. We became financially independent.

My colleague filed for bankruptcy after several unsuccessful attempts to refinance his debts because he decided that the best course of action was to take the loan.

His choice was to sit back, watch TV and bitch about low hourly wage and how hard it is to pay back the debt.

My choice was to think hard and find the solution so that I wouldn’t be forced to take loans.

He demonstrated the clear “victim mentality” syndrome like many men throughout the world.

Now the question is simple: if I could do it why he couldn’t? Remember: all things are being equal. In fact, I was in more disadvantaged position due to the fact that I have two kids to put through higher education while he has only one (that was unfortunately forced to drop out and find the job.)

The answer? It’s not that he “couldn’t” do it. It’s that he didn’t want to do it. It was simply easier to put the blame on someone else and fuck up the entire family, screwing the kid mostly.

So, after hearing everything, do you agree or disagree with me, Jack Ma, Lynda and millions of others?