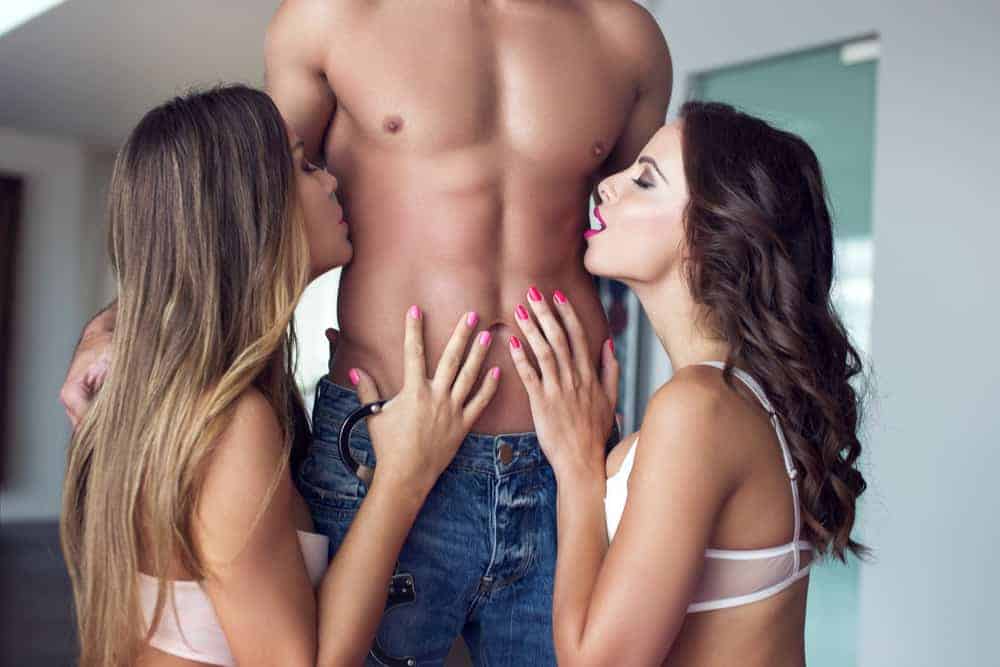 Many times, even the thought of bringing up another woman in the bedroom is enough to make your head spin – but it needs to be done.

Start by asking her what she thinks of threesomes in general and build up from there. The answer might surprise you.

Let Her Pick the Person

Although her friend Megan might be smoking hot – it’s important you let her decide the person she’s comfortable having.

If you’re not happy with the person (physically or as a personality conflict) let her know and ask to compromise. It’s important you both feel comfortable throughout the entire situation.

Offer to Return the Favour

Ask her whether she’d be interested in having another man join in on the fun – and make that happen for her if she’s interested.

Don’t Pressure Her Into It

If you’ve mentioned your desire to bring another woman into the bedroom, let her come to a decision on her own.

Constantly asking and bringing it up will only leave her questioning your opinions on the relationship in general – leaving her feeling inadequate instead of interested.

Let Her Decide the Frequency

Your partner needs to feel comfortable with the situation, knowing you’re not going to continue pursuing this on a regular basis.

If it’s going to be a one-shot deal, let her know up front. If it’s something you’d like to do on a consistent basis, feel out how the first attempt goes before bringing up a repeat session.

Pay Attention to Her When it Happens

Many times it can be tempting to focus on the new play toy, but that’s always a bad idea.

She may seem shy or uneasy at first, but let her open up to the idea when the new girl is there.

It’s helpful to have someone who’s experienced in playing with girls too, so your partner doesn’t feel left out while you’re all having fun. After all, there’s nothing hotter than watching two girls together, especially if one of them is riding your dick while she does it.

Now when you have an idea of how to persuade her into doing it, you might want to check How Threesomes Starts and What Happens During